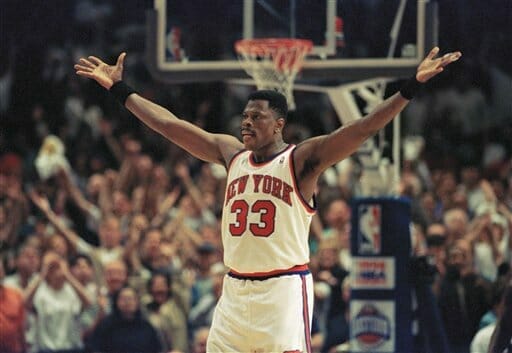 Despite being one of the most popular and historic franchises in elite basketball, the Knicks are better known for their bad fortune and failures than for being one of the most successful franchises in the NBA’s existence. Beyond the numerous tragedies that have occurred in past decades or recently for the Madison Square Garden resident team, there are a lot of players who have made a positive mark on history and elevated the franchise’s name to the top.

Here we bring you a list of the 5 best New York Knicks players in history.

DeBusschere’s curious career, which keeps him as one of only 13 professionals to play in both the MLB and NBA in history, didn’t get off to the best start on the basketball side. Despite being a productive player for the Detroit Pistons (averaging 16.1 points, 11.2 rebounds and 2.6 assists in 7 seasons), he became the coach (while remaining a player on the squad) of the franchise at the age of 24, making him the youngest in league history. His career as team manager was not successful, accumulating 143 defeats in 3 seasons.

However, after being transferred to the New York Knicks and now being just a player, his luck would change. Averaging 16 points, 10.4 rebounds and 3.1 assists in 6 seasons, he was a key part of both championships won by the organization in 1970 and 1973. Individually, he had 8 All-Star Game appearances, 6 NBA All-Defensive Five and an All-NBA selection (1968-1969).

4 times All-Star, an All-NBA selection in 1969, Rookie of the Year in 1968 were the individual achievements of the second overall selection in the 1967 draft. He began his career with the Baltimore Bullets, with whom he would reach the 1971 NBA Finals against Wes Unseld, and would be swept by the Milwaukee Bucks of Kareem Abdul-Jabbar and Oscar Robertson.

Monroe arrived to the Knicks in 1971 after requesting his transfer, and it was there that he would have the best years of his career, reaching the NBA Finals in his first two years with the team. They would lose in 1972 to Jerry West and Wilt Chamberlain’s Los Angeles Lakers, but would get revenge by defeating them in 1973 in 5 games.

Monroe averaged 16.2 points with the Knicks in addition to 2.6 rebounds, 3.5 assists and 1 steal per game over 598 games. His duo with Walt Frazier is remembered as the Rolls Royce Backcourt thanks to their flashy style of play at the time.

After talking about his former teammate, Frazier would be the most prominent figure of the duo and perhaps the most talented point guard in Knicks history. Selected in the fifth pick of the first round for the New York Knicks in the 1967 draft, Clyde would become one of the key players in the only pair of championships in the franchise’s history.

Individually, he would earn 7 All-Star Game selections, 7 all-league defensive quintets and 6 All-NBA selections. During his 10 seasons with New York, he averaged 19.3 points, 6.1 rebounds, 6.3 assists and 2 steals per game, finishing his career with 18.9 points, 6.1 assists, 5.9 rebounds and 1.9 steals in 13 seasons (the last 3 with the Cleveland Cavaliers).

Considered by many to be the franchise’s best player thanks to his great defensive ability, leadership and playmaking in both championships, Frazier is the all-time leader in assists for the Knicks, with 4791.

Unfortunately, the 2.06 m. center had a shorter successful NBA career, with only 10 seasons played, all with the Knicks. With the 10th pick in the 1964 draft, Reed would begin his dominance in the paint at Madison Square Garden, and would be one of the toughest centers to face despite his lack of height.

Averaging 18.7 points, 12.9 rebounds, 1.8 assists and 1.1 blocks per game, Reed would be the all-time leader in nearly all franchise statistics for a couple of decades following his career. He accumulated 7 All-Star Game selections, 5 All-NBA selections, Rookie of the Year in 1964-1965 and an MVP award in 1969-1970, the same season where he won the All-Star Game MVP and also the NBA Finals.

Reed is remembered for being the MVP in both championships during Knicks history, even playing in Game 7 against the Los Angeles Lakers in 1970, despite suffering a thigh tear that kept him out the previous game. These same injuries would haunt him for the rest of his career and force him to retire prematurely in the 1974-1975 season at the age of 32.

In the first-ever draft to use the lottery system, the Knicks would be fortunate enough to end up with the first overall pick in the 1985 draft, which would give them access to the rights to Patrick Ewing, the Jamaican-born center who would end up being the most important player in the organization’s history.

Individually, he earned 11 All-Star Game selections, 7 All-NBA First Team selections, 3 All-Defensive First Team selections and the Rookie of the Year award in 1985-1986. Ewing was the pillar of a Knicks team that, if it weren’t for the fact that he shared eras with Michael Jordan, would have reached many more Finals than the ones they played in.

Ewing led New York to 13 playoffs in his 15 seasons, reaching the NBA Finals on two occasions: 1994, when they lost in seven games to Hakeem Olajuwon’s Houston Rockets, and 1999, when he was unable to play a single game against the San Antonio Spurs due to an Achilles tendon injury. The Knicks would lose in 5 games to Tim Duncan and Greg Popovich’s men. 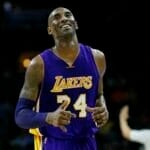 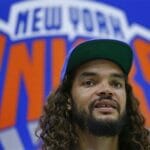