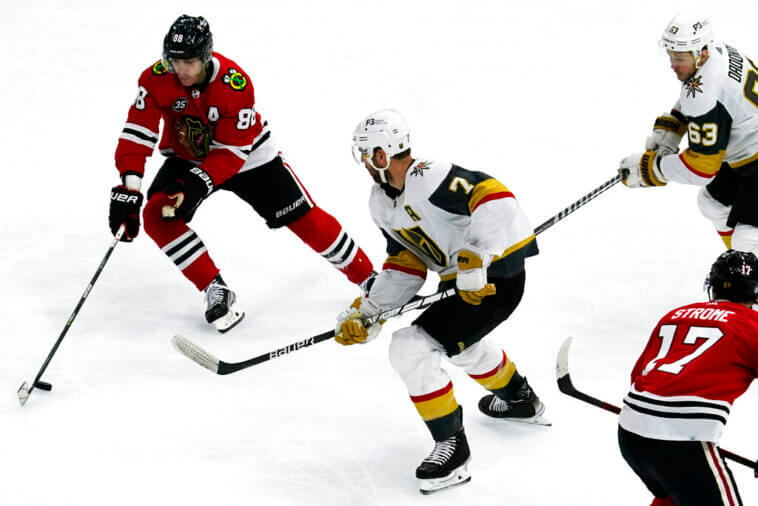 The NHL season kicked off in style on Tuesday, and, this Thursday, the ice hockey action continues with Blackhawks vs Golden Knights.

Chicago fell Wednesday night by a score of 5-2 to the champion Avalanche, while Las Vegas got off to a good start by defeating the Kings 4-3 on opening day.

Without further ado, at JefeBet we leave you with the best preview of the game between the Blackhwaks vs Golden Knights.

Predictions, Odds, and Betting Preview for the Blackhawks vs Golden Knights 2022-23 NHL Season Game on October 13, 2022

Betting on the Chicago Blackhawks

The 2022-23 season did not start off well for the Blackhawks, as they had a difficult night in Colorado. In addition to having to face the reigning champions, the Chicago team did little to help themselves with a night full of penalties and few shots on goal.

In total, the Blackhawks finished with seven penalties that turned into four Avalanche power play goals. In addition, they fired only 17 shots to 35 for their opponents.

Both of Chicago’s goals came on the power play, with Max Domi and Jonathan Toews scoring.

Betting on the Vegas Golden Knights

Bruce Cassidy’s debut as head coach of the Golden Knights couldn’t have gone any better after his team started the season with a big win over the Kings.

Captain Mark Stone became the star of the game after Chandler Stephenson recovered the puck on an ill-advised move by the Kings and passed it to the Canadian, who scored with 24.9 seconds left to send the game into overtime.

William Karlsson also had a good night with a goal and assist. Alex Pietrangelo added the final two assists, while Jonathan Marchessault and Jack Eichel joined the scoring list on the opening day.

Another good news was Logan Thompson’s night in goal, as while he conceded three goals, the starter following Robin Lehner’s injury recorded 27 saves for the Golden Knights’ cause.

The Blackhawks’ start to the season is far from easy. After their visit to Colorado, they must now travel to Las Vegas for this Blackhawks vs Golden Knights matchup to face the Vegas team, who will be fighting in the Pacific Division and who looked very good against the Kings.

Chicago’s defense continues to be a sieve just like last campaign and Vegas has an offense that promises plenty of goals this season. 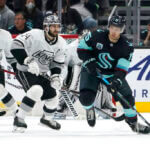 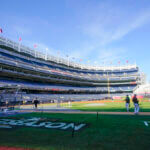