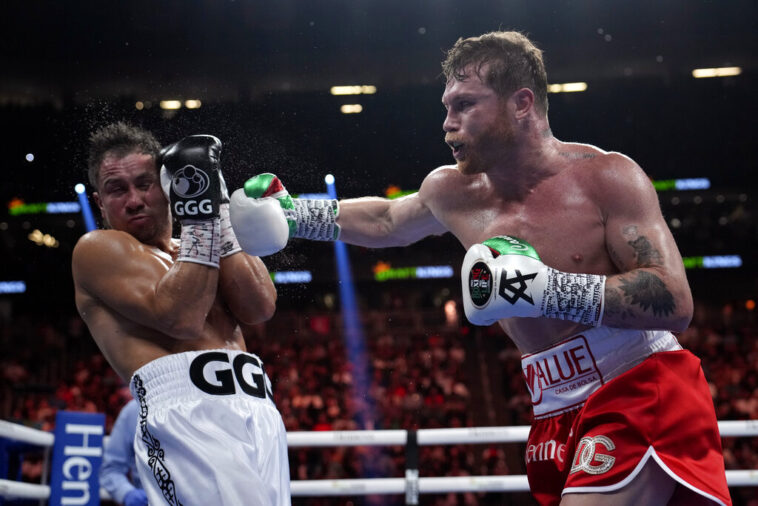 It was clear that, afterCanelo Alvarez vs Gennady Golovkin III, the future of both fighters in the boxing universe is very different. This fight in particular was a tedious one, which some saw evenly matched, but the vast majority looked with conformity at the jury’s decision: the Mexican fighter got victorious on the night of the T-Mobile Arena in Las Vegas.

Looking ahead, it is clear that if Golovkin, at 40 years old and after such an opaque fight, may be burning his last cartridges, Canelo has an interesting menu of options open to him.

In JefeBet we will try to shed light on the next steps of the 33-year-old Guadalajaran fighter and see who could be potential future opponents, with the belts of all the major super middleweight organizations in his hands.

Speaking of which, there is a major detail to consider in what is coming for Canelo: he will have to undergo surgery on his left hand, so it is certain that he will not return to the ring until mid-2023.

Who Could Canelo Alvarez Fight? These Are His Potential Rivals After His Victory Over GGG

The Russian boxer gave Canelo Álvarez a big boxing lesson when they met in the ring at the T-Mobile Arena in Las Vegas last May. Bivol got victorious by points very comfortably, and made it clear that Álvarez had no chance in the light heavyweight category.

As he gained weight, he didn’t gain power, but he did lose mobility, and the Kyrgyzstan-born man stepped on it. Well, it seems that the Mexican was left with blood in his eye, and most likely there will be a paying back. We will have to see when the fight could take place, because Bivol also has a wide menu of possible fights in his sights, among them a unification with the other light heavyweight monarch, Artur Beterbiev.

Minutes after his arm was raised above the ring, Canelo Álvarez was asked an uncomfortable question: whether he would face David Benavídez, the Phoenix-born fighter who is the interim WBC super middleweight champion. However, the Mexican was annoyed and said he had no intention of facing Benavídez because he was not at his level.

Despite these statements, anything could happen, even knowing that the WBC could order a clash between them to settle the title. Benavídez, of Mexican descent, has an impressive undefeated record with 26 wins, 23 of them by KO. However, he has yet to fight against top-notch opponents.

The American is the holder of the WBC middleweight belt, which he won in 2019, and one of the top pound-for-pound figures in boxing today. In June, he was supposed to defend the crown against Poland’s Maciej Sulęcki, but due to an injury, the event had to be postponed.

If he overcomes this obstacle, it would not be unusual for Charlo to fight against Canelo Álvarez, something that would give rise to enormous expectation in the pugilistic universe. Although it is clear that if it happens, it would be Charlo who should change category and move up to super middleweight. 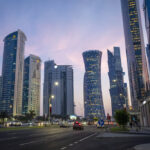 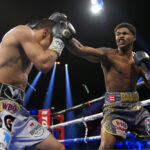