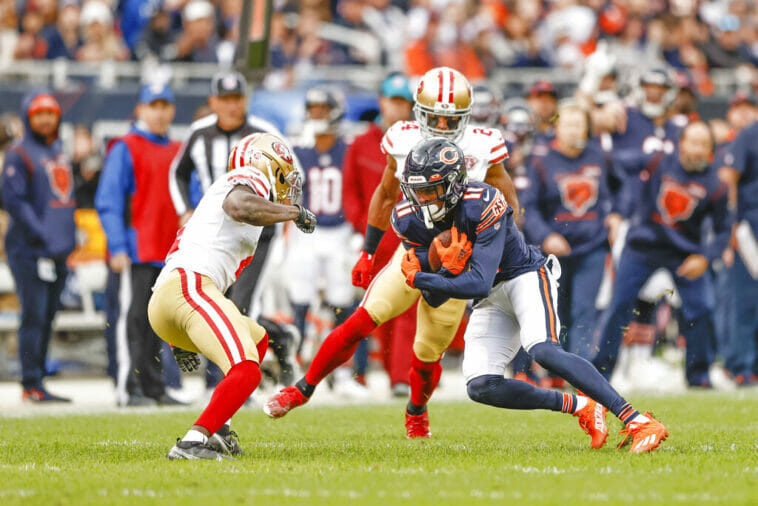 Chicago Bears wide receiver Darnell Mooney (11) rushes with the ball against the San Francisco 49ers during the second half of an NFL football game, Sunday, Oct. 31, 2021, in Chicago. (AP Photo/Kamil Krzaczynski)
TwitterFacebookLinkedInRedditWhatsApp

Week 1 of the 2022 NFL season brings us the Chicago Bears vs San Francisco 49ers game. We got the opportunity to watch these teams during preseason games, and we noted that they have been working. It’s definitely not the same to face each other in preseason than in the regular phase, so this match will present us with another side of both teams.

The Bears won all their preseason games, and that has undoubtedly rekindled the fans’ excitement and will surely give the team confidence to start the season. On the other hand, the 49ers managed to bounce back after losing the first game, and closed with two consecutive wins.

In this article, JefeBet presents you the betting preview of the Bears vs 49ers Week 1 game, as well as the available odds.

The Chicago Bears have apparently assembled a competitive team to face the 2022 season. After finishing third in the division with a 6-11 record in the 2021 season, the team led by Matt Eberflus will look to do better this season.

The preseason showed a strong team that won three games: 19-14 against the Kansas City Chiefs, 27-11 against the Seattle Seahawks and 21-20 against the Cleveland Browns. In this Week 1 game, the Windy City franchise will have to prove that those results were no coincidence, but the product of their work.

The San Francisco 49ers posted a 10-7 record in the 2021 season. They advanced to the wild card round and thrilled their fans by defeating the Dallas Cowboys 23-17. In the divisional round, they defeated the Green Bay Packers 10-13, but were unable to win the Conference Final, losing 20-17 to the Los Angeles Rams, who later became the Super Bowl champions.

In preseason games, the 49ers started off well with wins over the Green Bay Packers by a score of 28-21 and the Minnesota Vikings by a score of 17-7. The last game was the most difficult for them, as they lost 17-0 to the Houston Texans.

Based on what was done in the previous season, San Francisco 49ers is the favorite for this Week 1 of the 2022 season, especially considering that the last game was a victory for the Californians by a score of 22-33.

Win for the San Francisco 49ers.

If you are looking for more of this kind of content, we invite you to follow us on our Tiktok, where we have a lot more to offer you about your favorite sports. What are you waiting for? 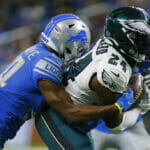 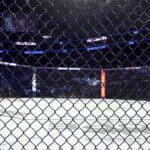