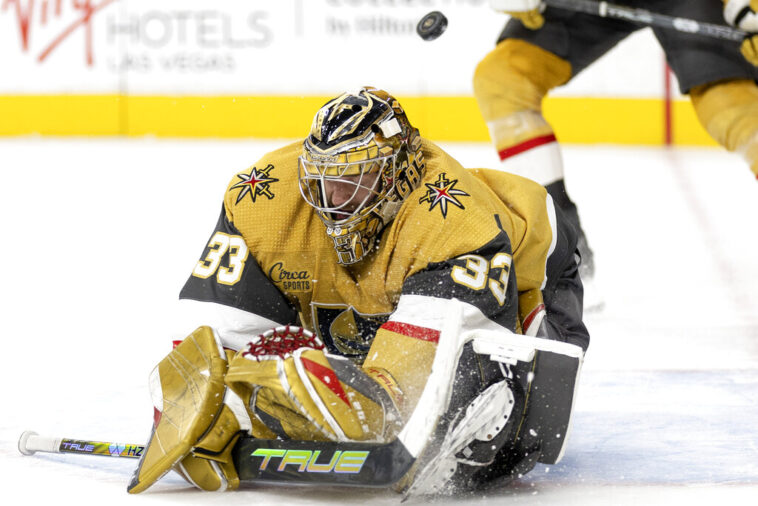 Vegas Golden Knights goaltender Adin Hill (33) misses the puck, which stayed out of the goal during the third period of the team's NHL hockey game against the St. Louis Blues, Saturday, Nov. 12, 2022, in Las Vegas. (AP Photo/Ellen Schmidt)
TwitterFacebookLinkedInRedditWhatsApp

This Thursday, November 17, the action will continue in the NHL with a long 13-game day. One of them will be the Coyotes vs Golden Knights, a face-to-face between two teams that have taken very different paths so far this campaign.

Being on the league for six years already, the Golden Knights want to know what it’s like to lift the Stanley Cup trophy, and they have made it known in these first months of the season. They have the best record in the Western Conference, unlike the Coyotes who have had a difficult start to the year.

JefeBet brings you the best analysis of the different NHL games with their respective predictions, as well as the best sports betting content, so here is our Arizona Coyotes vs Vegas Golden Knights prediction.

Predictions, odds, and betting preview for the Coyotes vs Golden Knights 2022-23 NHL Season Game on November 17, 2022

It could be said that the calendar has been the main enemy of the Coyotes. They have played 11 of their first 15 games of the season as visitors, and while they have managed to win five of those games, they come into this game in second-to-last place in a tightly contested Western Conference Central Division.

This will be the sixth game in an impressive string of 14 consecutive away games for the Coyotes. They have won the first three games, but have lost the two most recent games by a combined score of 3-8, something that explains why they are one of the worst offensive teams in the league with an average of only 2.7 goals scored per game.

Getting back to their winning ways here seems unlikely for the Coyotes, given that the visiting side has won only three of the last ten meetings between these teams, and none of those victories came from them.

Betting on the Vegas Golden Knights

Things have been very different on the Golden Knights side who are in the midst of an impressive season, a season in which only the Boston Bruins (14-2-0) have a better record than them prior to Thursday. However, if there is a negative thing to point out in their campaign, it could be their home performance, as they have a 5-3 record at home, while they have a 8-1 record away.

Two of those losses at T-Mobile Arena have come in their last two appearances, however, those were preceded by an astounding nine wins in a row, the last of which was a 4-7 win over the Buffalo Sabres on November 10.

In those two consecutive losses, the Golden Knights have been able to score only 4 times, and in the most recent loss, they conceded 5 goals. Despite the games they have lost, they will surely have confidence in the fact that they can change that pace since they have the sixth best offense in the league (3.6 goals scored per game). They will also have Logan Thompson back, who averages just 2.38 goals conceded per game and a save percentage of 0.922.

The Coyotes not only have a weak offense, but they also have a very vulnerable defense, averaging 3.6 goals allowed per game, something they will have to improve if they want to get a good result from this difficult visit to the best team in the Western Conference.

In addition, the Golden Knights will want to avoid registering a third consecutive loss in front of their home crowd at all costs. They should be able to get the win considering the level they have displayed so far in the season, and also considering they have lost only three of their last ten meetings against the Coyotes..

The difference between one team and the other is more than evident in this match, therefore, we hope that the Vegas Golden Knights will be able to return to their usual level at home against the Coyotes once again, and that they achieve a win. 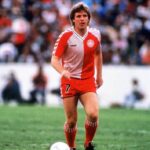 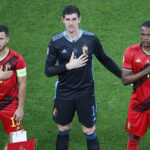