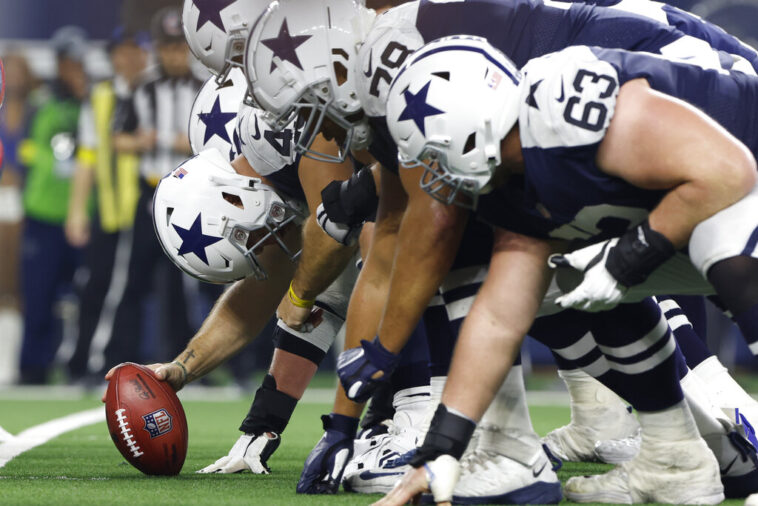 The Dallas Cowboys are well on their way to the postseason, and in Week 13 of the NFL season, they have another easy game to continue their climb up the league when they face the Indianapolis Colts .

Thanks to their second win of the season against the Giants last week, by a 20-28 slate, Dallas now has an 8-3 record and is now alone in second place in the very tough NFC East. A division where all teams are currently in playoff positions.

That is why at home, against the Colts, the team led by coach Mike McCarthy cannot afford to lose. Especially having at their disposal one of the best defenses in the league and facing what is considered one of the weakest offenses in the circuit.

It is precisely that great defense that has the Cowboys among the best teams in the league and why they still hope to give the Eagles a run for their money. Evidence of this is that they are the second lowest scoring team with 187 points, the only team that has not allowed more than 2,000 yards through the air with 1,955, they have scored the third-fewest ground with six and are the only team with more than four dozen catches with 45.

On offense, Dak Prescott’s return worked like a charm and they have four consecutive games scoring more than 28 points, two of them surpassing 40. The quarterback has blended well with the running back duo of Ezekiel Elliott and Tony Pollard, which has the Cowboys seventh in rushing yards with 1,531 and fourth in TDs scored with 15.

Predictions, Odds, and Betting Preview for the Dallas Cowboys in Week 13 of the 2022 NFL Season

In Las Vegas, they know that the chances of the Colts winning this game, with the Cowboys’ great defense in front of them, are practically nil. It would have to be a debacle from a unit that only to the Packers, and in overtime, conceded more than 30 points .

Yes, the Indianapolis defense is also pretty solid and Prescott and company may not be very comfortable on the gridiron, but they will surely score a lot more points than a Colts offense that only three times this year exceeded 20 points.

It is precisely this dominance that the Cowboys project to have over the Colts’ offense that makes us think that this game will be quite open and will be defined early on.

To that, we can add that in the last five games between the two teams the favorite and the home team, in this case the Cowboys meet both requirements, have a 4-1 record playing against the spread.

While the Cowboys’ offense has been unbeatable in recent weeks, the Colts’ defense is above league average and no team has scored more than 27 points on them this season.

That good performance, coupled with the fact that Indianapolis will probably not score much in the game either, makes us think that it will be a low-scoring game. In addition, four of the last five meetings between the two have ended with a loss .

Expectations in Las Vegas with the Cowboys remain for a fairly solid finish to the campaign after winning their last two games against teams with positive records such as the Vikings and Giants.

That’s why Dallas’ aspirations depend on the victories they can finish with as visitors, the most affordable of those last three games being the one in Week 15 against the Jaguars. Then, to close the campaign, in weeks 17 and 18, they close against tough opponents such as the Titans and Commanders.

When we move on to home games we can see that Dallas got the job done by beating the Giants last week and now must host the Colts and Texans, two teams with negative records, before taking on the Eagles in Week 16. Assuming a loss to Philadelphia, the Cowboys would have to win all their other games to get over the top in Las Vegas .

Despite their good momentum, the Cowboys have not been able to close the gap against the unstoppable Eagles. The good news is that they have two affordable games before facing them in Week 16, and any slip-up by Philadelphia could be a pivotal clash between the two. With six games left to play, Dallas still has hopes of taking control of the NFC East.

Little by little, the Cowboys have been cutting ground in this section not only because of their great performance in the last few weeks but also because teams that on paper were favorites to win the Conference, such as the Packers or Buccaneers, have been a disappointment. Based on recent results, Las Vegas is the third favorite to win the NFC behind the Eagles and 49ers.

The Cowboys have also slowly increased their favoritism to win the Super Bowl and placing themselves in postseason berths already bodes well for them. The Vikings and Philadelphia, San Francisco and the Vikings themselves have some tough challenges ahead of them, before they have to face the AFC powerhouses in a supposedly decisive game.

In Las Vegas, with six weeks remaining in the NFL regular round, there is already a clear winner for the 2022 Defensive Player of the Year award – Micah Parsons.

Despite losing ground a couple of weeks ago, the Cowboys linebacker catapulted his candidacy with four catches in the last two games and moved within one sack of category leader Matthew Judon by recording a total of 12.0.

Parsons is just one catch shy of matching the 13.0 catches that earned him Defensive Rookie of the Year last season and also has 12 tackles for loss of yardage, the seventh-best figure in the league. 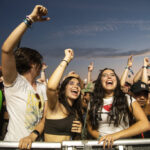 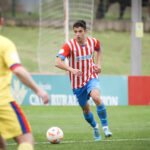