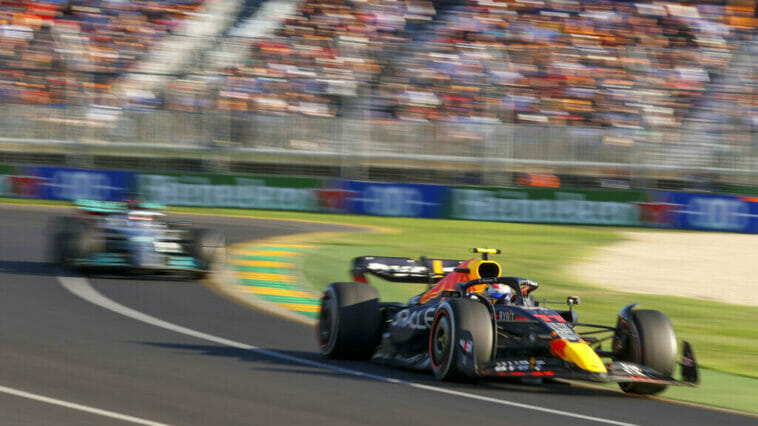 Checo Pérez scored his first podium of the 2022 Formula 1 Season by finishing second in the Australian GP in a race where he overtook both Mercedes drivers: Lewis Hamilton and George Russell.

Mexican driver, Sergio “Checo” Pérez had a great race at the Australian GP and competed more than once for position with the Mercedes cars overtaking both drivers to join Charles Leclerc on the podium.

However, there was a moment in the race where it seemed that the indication from Mercedes to Russell, who was ahead of Checo Pérez, was to let the Red Bull driver pass. So, days after the race, the Mercedes strategy director, James Vowles, clarified what was the real indication for the young driver.

“The message to George was very simple: “Look after your tyres, and if that costs us the position to Perez on track, we don’t want it with all our heart, but it’s the right thing to do.””

According to Vowles that was the way to take care of the tires until the last moment of the race.

“Ultimately, getting to the end of the race on tyres that we know will make it, that covers you off against Safety Cars and other circumstances, is the right course of action, especially given what happened on the Medium in stint one.”

He explained that they expected something different to happen with Checo Pérez because of the work he was putting into the tires, but acknowledged that he overtook Russell with ease: “We had also expected that Perez, with the pace he was doing and the amount he was pushing his tyres, could well have a repeat of what happened in stint one. But, ultimately, that didn’t happen. He pulled away from five seconds from George, actually he overtook him fairly easily in the end, and there was no race there for us to have.”

In the race, the Ferrari of Charles Leclerc was completely dominant, and took many seconds off Checo Pérez.

Checo Pérez Is Fourth in the Drivers’ Championship

The podium finally ended with Charles Leclerc in first position, Checo Pérez second, and George Russell third. In the case of Pérez and Russell, that was their first podium finish of the year, while for the Maranello team it was the third in a row.

The next race will be held on April 24 at the Autódromo Enzo e Dino Ferrari on the date corresponding to the Emilia-Romagna GP. 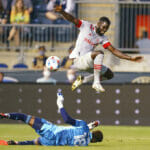 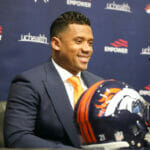