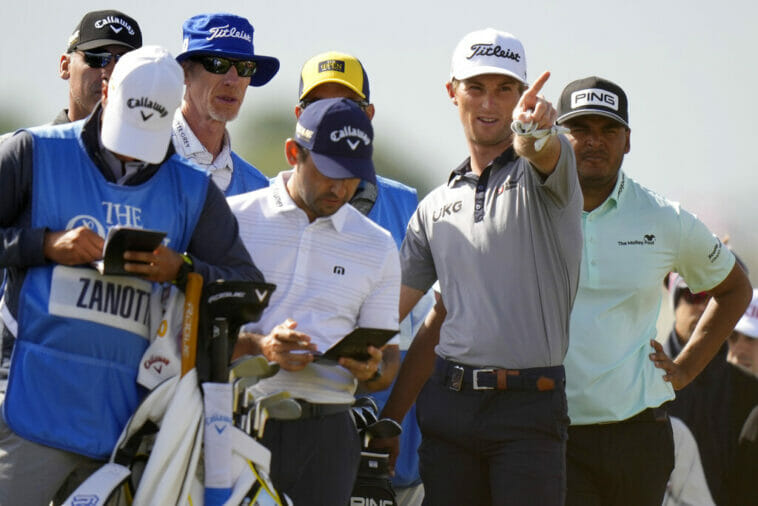 US golfer Will Zalatoris, second right, points during a practice round at the British Open golf championship in St Andrews, Scotland, Tuesday, July 12, 2022. The Open Championship returns to the home of golf on July 14-17, 2022, to celebrate the 150th edition of the sport's oldest championship, which dates to 1860 and was first played at St. Andrews in 1873. (AP Photo/Alastair Grant)
TwitterFacebookLinkedInRedditWhatsApp

The 2022 FedEx St Jude Championship marks the start of the 2021-22 playoffs this season in the PGA Tour and only the best golfers in this season will be able to play from now on, which means that the competition will be quite strong. In this way, there are several main candidates to win the trophy this year.

However, this is not the topic that has brought us here: today, we are interested in thoroughly evaluating those players who are not considered favorites, but who, based on their performance and odds, we at JefeBet believe can succeed.

Will Zalatoris has become one of the most recognizable faces in the golf world in recent years, and while his consistent performance has always allowed him to fight his way to the final stages, Zalatoris continues to search for that elusive first trophy in his career.

This 2021-22 saw Zalatoris place second in two of the season’s four majors, finishing behind the winner at the U.S. Open and the PGA Championship. Additionally, he finished second at the Farmers Insurance Open earlier this year, and although he did not win, he could very well be among the first places again in this competition.

Collin Morikawa is possibly the greatest bet in terms of odds and player quality, since the American has been a reasonably complete player this season, in which he has been quite consistent.

Morikawa was in the top 10 in seven different tournaments this PGA Tour season, including two fifth-place finishes in majors such as the U.S. Open and the Masters. Additionally, his ability to send the ball off the tee straight onto the green could come in handy on this golf circuit, which he will be looking to enter after missing the cut in 2021.

Russell Henley comes into this tournament after a fifth place finish at the Wyndham Championship, which was his fourth top 10 finish this season. The golfer will be looking to keep the momentum going for another good outcome on the circuit, with TPC Southwind seeing the best of the best of the golfer recently.

Henley leads the TPC Southwind championship in strokes, taking into consideration the last 24 and 50 rounds, and also boasts the seventh-best greens percentage over the last 50 rounds, which could help him contend at the top despite his status as a major underdog. 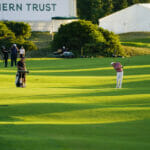 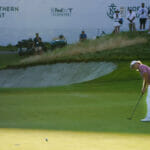