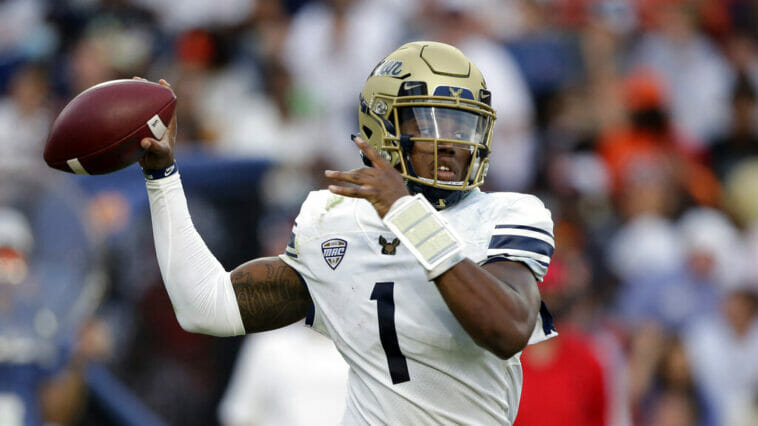 Akron quarterback Kato Nelson (1) throws a pass against Auburn during the first half of an NCAA college football game Saturday, Sept. 4, 2021, in Auburn, Ala. (AP Photo/Butch Dill)
TwitterFacebookLinkedInRedditWhatsApp

Now that the third week of the college football season is near, we can look forward to more exciting matchups. One of the games on the schedule for Saturday, September 17 is Akron vs Tennessee, and although though one side is likely to be in better shape than the other, the matchup could be exciting.

During the initial rounds, a few teams were able to establish a solid foundation, but other teams are still trying to find their footing. This Week 3 could bring several surprises, and that’s why you can’t miss it.

JefeBet brings you betting odds, prediction, and information on how the teams are coming into the match between Akron Zips vs Tennessee Volunteers.

Betting on the Akron Zips

Although Akron won the first of their games by a score of 30-23, they have struggled in this season opener. That first game was defined in overtime, while Week 2 was a complete disaster.

The Zips just suffered a 52-0 loss against Michigan State, which means their offense made no effort at all, and also that their defense was helpless to stop the opponents.

Only in the fourth quarter did Michigan fail to score a touchdown after scoring in each of the first three quarters. This match, which will be against a top-tier opponent, could be a repeat of the previous match’s result.

The Tennessee Volunteers won their first two games and that has them in second place in the Southeastern as the second team with the most points scored. The first win was by a score of 59-10 against Ball State, an easy opponent.

Their second opponent was the Pittsburgh Panthers who put up more resistance and took the game to overtime after tying 27-27 at the end of four quarters. The game ended 34-27 in favor of the Volunteers with a great offensive performance, scoring touchdowns in the first two quarters and in overtime.

The Tennessee Volunteers are considered the favorites going into this game, and since it’s predicted to be similar to their game against Ball State in Week 1, they may once again score more than 50 points.

Prediction: Tennesee Volunteers win by a score of 57-10. 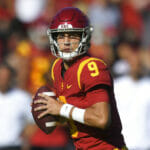 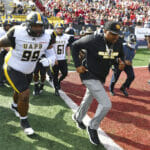