Detail shot of a Dallas Cowboys helmet and a ball seen before an NFL preseason football game between the Los Angeles Chargers and the Dallas Cowboys Saturday, Aug. 20, 2022, in Inglewood, Calif. (AP Photo/Kyusung Gong)
TwitterFacebookLinkedInRedditWhatsApp

One of the best matchups of Week 2 of the NFL football season will be the Dallas Cowboys vs. Cincinnati Bengals, in a match to be played at AT&T Stadium in Arlington, Texas, on September 18, 2022.

The Dallas Cowboys’ season did not get off to the best of starts as they lost to the Tampa Bay Buccaneers 19-3 in Week 1 despite having a strong close to the preseason (winning two straight games against the Chargers and Seahawks).

At JefeBet we tell you how the odds are for the upcoming game against the Cincinnati Bengals, and we bring you the predictions and odds for the rest of the season.

Predictions, Odds and Betting Preview for the Dallas Cowboys in Week 2 of the 2022 NFL season

Although Dallas entered the game against the Buccaneers as a slight underdog, nobody anticipated the disparity between the two teams to be that big. Tom Brady did his thing and put a bad Tampa Bay season behind him.

In that same game, there was another piece of bad news for Dallas: the injury to Dak Prescott. The quarterback suffered a fractured thumb on his right hand and will miss a few games while he recovers from surgery.

The spread assigned by the bookmakers to the Dallas Cowboys against the Bengals is high, covering a loss by up to 8 points against none other than the current American Conference champions.

This is not expected to be a high-scoring game. The Bengals are coming off a loss to the Pittsburgh Steelers 23-20, and Dallas barely scored 3 points in their loss by 19.

For the Cowboys, things won’t be easy without their veteran quarterback. Cooper Rush will fill in for Dak Prescott, who will be sidelined for 6-8 weeks. The 28-year-old quarterback replaced Prescott last Sunday, completing 7 of 13 pass attempts and finishing with 64 yards.

Rush competed in 49 games as a starter while playing college football for Central Michigan, racking up more over 12,000 air yards and 90 touchdowns. Despite his numbers, no one drafted him in the NFL Draft, and he joined the Cowboys as a free agent. After a brief stint with the New York Giants in 2020, he returned to Dallas, and now faces a great opportunity to establish himself with the team.

Although the Cowboys play in a division that is easily accessible to them, the setback begs many questions about what lies ahead. They should easily make it to the postseason if they can regain the form they showed in the last stretch of the preseason and if their quarterback fits in well with the group.

The following week, in Week 5, features divisional games versus the Giants, Commanders, and reigning NFL champion Rams. After this barrage of complex games, more accessible games will follow: Eagles, Lions and Bears, before their bye in Week 9. Prescott is expected to be recovered from his injury by that time.

The second half of the regular season is also expected to be easier, with games against the Packers, Vikings, Giants, Colts, Texans, Jaguars, Eagles and Titans. They will be closing the season with a game against the Commanders.

The Philadelphia Eagles, who are the division’s main contender, had a great market when they signed wide receiver A. J. Brown. One of both teams will be the winner. Oh, and here’s a fact: no team has repeated as NFC East divisional champion since 2004, something that doesn’t sit well with Dallas, who were champions in 2021.

The Dallas Cowboys weren’t strong title candidates before, and they’re even less so now that their quarterback will be out for quite some time. The Buccaneers, Packers, Rams, and 49ers are above them, and even the Vikings, Seahawks, Eagles, and Cardinals might play better. Given that this wager paid out significantly less in the weeks before Week 1, the difference is also clearly visible with Dak Prescott’s injury.

Imagine the difficulty of making it to the Super Bowl if it’s already difficult for them to win the NFC! The Dallas Cowboys haven’t claimed an NFL title since 1995, and based on what we’ve told you in this piece, it will be extremely challenging for them to end that run. But hey, miracles happen.

Because Prescott won’t start for a few weeks, Ezekiel Elliott is the only Dallas player named in the bookmakers’ predictions for this award.

His previous three seasons have fallen short of expectations, and his Week 1 performance was not encouraging. Because of this, his incredibly high MVP odds for this season indicate how unlikely it is that he’ll win the award. 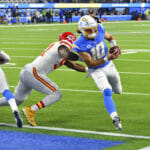 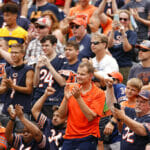