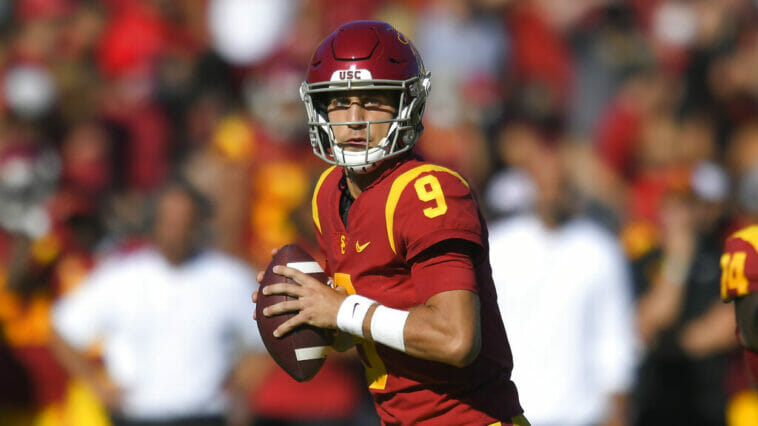 Week 3 of NCAA football will have most of its games scheduled for Saturday, Sept. 17, including the Fresno State vs. USC game in Los Angeles.

USC holds a 3-1 advantage in the head-to-head record against Fresno State. The last clash between the two teams was in 2019, and the Trojans defeated the Bulldogs 31-23.

At JefeBet, we tell you how both teams stand heading into the match at Memorial Coliseum, as well as predictions and the players who can set the tone for the Fresno State Bulldogs vs USC Trojans game.

Betting on the Fresno State Bulldogs

Fresno State Bulldogs come into this game with a 1-1 record, coming off a season-opening 35-7 win over the Cal Poly Mustangs and a 35-32 loss to the Oregon State Beavers.

Head Coach Jeff Tedford will have to work on his team’s morale after the last-second loss to State.

Their trump card is the QB, Jake Haener, who was named Preseason Offensive Player of the Year and All-Mountain West quarterback. This season, he has a 65-87-0 record with 737 yards and 3 touchdowns.

For their part, the USC Trojans won their first two meetings: 41-28 against the Stanford Cardinal and 66-14 against the Rice Owls.

Their most lethal weapon is quarterback Caleb Williams, who scored 4 touchdowns in the last win against the Stanford Cardinal; on defense, meanwhile, they have Tuli Tuipulotu, who was selected Pac-12 Defensive Lineman of the Week, thanks to his 6 tackles against the Cardinal.

The USC Trojans will win this game. With two top-flight performances and an offensive line that is in great form, the Trojans have the advantage heading into Saturday’s matchup on September 17. Moreover, the record between the two is also in their favor, and nothing seems to put their victory in NCAA Week 3 in doubt. 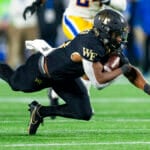 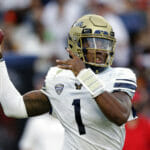