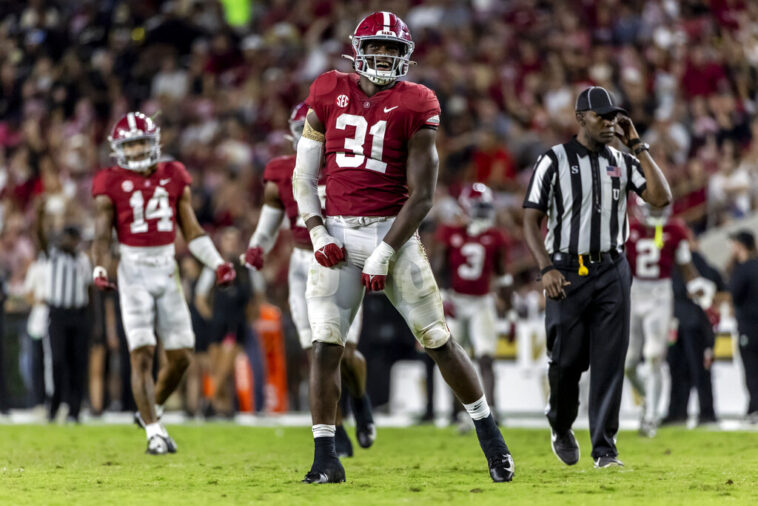 Alabama linebacker Will Anderson Jr. (31) celebrates a sack against Vanderbilt during the second half of an NCAA college football game, Saturday, Sept. 24, 2022, in Tuscaloosa, Ala. (AP Photo/Vasha Hunt)
TwitterFacebookLinkedInRedditWhatsApp

The college football season is leaving fans of the sport with a pleasant feeling after the first four weeks of activity. Although there are still universities that fail to be consistent, there has been no shortage of excitement as the points have been pouring in week after week.

In Week 5, Alabama vs Arkansas are part of the games that will be played at the beginning of October, and it seems that it will have elements worthy of a good American game, based on the previous performances of both.

On this occasion, at JefeBet, we bring you the Alabama vs Arkansas predictions and odds available to bet on the match between Alabama Crimson Tide vs Arkansas Razorbacks.

After four games played, all of which the team got victorious, Alabama is the best team in the Southeastern West Conference. Their good performance is no surprise considering that they were among the favorites or top 25 teams in the country from the start. Now it is only confirming that it is a great team.

They defeated Utah State by a convincing 55-0 score in the first week of activity and continued with the successes defeating Texas by 20-19, Louisiana-Monroe by 63-7 and Vanderbilt by 55-3. The team has achieved a balance in his lines, improving every week.

Arkansas could find themselves with the same record as their game and conference rival, but they are coming off a 23-21 loss to Texas A&M. It is the team that has allowed the most points to its opponents in these four games and ranks sixth in the Southeastern West Conference.

Their three victories had filled the fans with enthusiasm, although in reality the defense was leaving much to be desired, since in each game they allowed more than 20 points. They won against Cincinnati by a score of 31-24, against South Carolina by a score of 44-20, and against Missouri State by a score of 38-27.

Arkansas’ defense is unlikely to be able to stand up to Alabama’s high-powered offense, which is why the Crimson Tide have the scales on their side in this matchup. 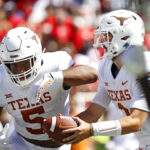 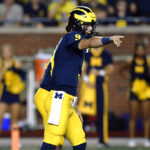