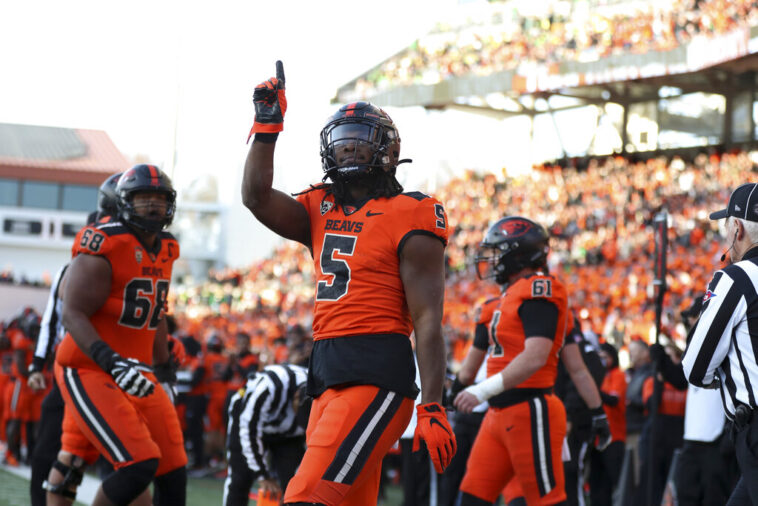 Oregon State running back Deshaun Fenwick (5) celebrates after scoring a touchdown against Oregon during the second half of an NCAA college football game on Saturday, Nov 26, 2022, in Corvallis, Ore. (AP Photo/Amanda Loman)
TwitterFacebookLinkedInRedditWhatsApp

The first week of Bowls will give us quite interesting matches such as Florida vs Oregon State, two teams belonging to the so-called Power 5 conferences.

The Gators are mired in a disappointing season in the SEC and need a win this Saturday to finish with a positive record. For their part, the Beavers have been quite the opposite and with three consecutive wins are one of the great revelations of the PAC-12.

Without further ado, at JefeBet we bring you the best Las Vegas Bowl preview between the Florida Gators vs Oregon State Beavers.

Predictions and Betting Preview for the Florida vs Oregon State Las Vegas Bowl on December 17, 2022

The pressure on the Gators is quite great considering they are part of one of the most talented conferences in the nation, and to finish with a negative record would be a resounding failure for them.

Florida will not have an easy time turning this situation around since they will be playing without their quarterback, Anthony Richardson, who opted not to see action in order to prepare for the NFL Draft, where he is projected to be among the first 10 picks. That leaves it all in the hands of the ground attack, the same one that carried the Gators all year as they finished 16th in the nation averaging 213.0 yards per game.

That performance is critical to support a defense that allowed 29 points per game and finished 104th in the country by allowing an average of 417 total yards per game to opponents. In addition, they will face a team that also runs very well with the ball, which is bad news if we consider that their record was 2-5 when they allowed more than 175 yards in this way.

Betting on the Oregon State Beavers

The Beavers are one of the biggest stories of the season in the PAC-12 and will be looking to close out the season on a high note with their 10th win of the year.

Overall, Oregon State was not outstanding in any one area of their game, but rather it was a team effort on both offense and defense that kept them afloat. An example of this is that they scored 32 points per game on average without having a great aerial attack, but they did have a very good offensive line that helped the team finish 26th in the nation in average ground yards per game with 199.8.

Defensively, opponents averaged 21.4 points per game, and their ability to stop the ground attack left them as the second best unit in the entire PAC-12. Overall, they allowed just 114 ground yards per game, the 20th best figure in the nation, and recovered the ball 12 times.

Being a team from the SEC powerhouse gives the Gators the benefit of the doubt in this matchup, but playing without their starting quarterback and five other players who opted not to see action puts their situation quite uphill.

Florida is one of the best teams attacking on the ground, but Oregon State has one of the best units stopping this type of offense. The Beavers have a more balanced attack that will make a difference at the end of the game without being a complete drubbing. 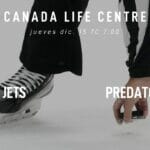 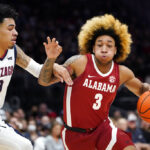