Another weekend of NCAA Football, college football, action is coming up, and this one is very special as the Duluth Trading Cure Bowl 2022 will be played in Orlando, featuring UTSA vs Troy.

It is a Bowl that has a charitable purpose: to help organizations and patients fighting against breast cancer. This is the 8th edition, and the two-time Conference USA champions face the best of the Sun Belt Conference, respectively. In the first official week of the Bowls, this is one of the games that cannot be missed.

At JefeBet, we tell you in detail how both teams get to the clash, plus the predictions and odds for the final between UTSA Roadrunners vs Troy Trojans for the Cure Bowl.

Predictions and Betting Preview for the UTSA Roadrunners vs Troy Trojans Cure Bowl on December 16, 2022

Betting on the UTSA Roadrunners

The Roadrunners’ record is 11-2, and they are one of the most offensively efficient and effective attacking teams in the NCAAF. Throughout the regular season, they averaged 38.7 points per game, while allowing 26.5 points on average.

The top men are Frank Harris in yards per pass, Kevorian Barnes in yards rushing, and Zakhari Franklin in yards allowed. Undoubtedly, the team found its offensive peak with the arrival of quarterback Harris, who finished the season with 3,865 air yards and 31 touchdowns, in addition to only seven interceptions.

Never in its history have the UTSA Roadrunners beaten a Top 25 team like Friday’s opponent, and if successful, they would also win a Bowl for the first time (their fourth bowl game in history, and third in the last three seasons). Will this weigh on Jeff Taylor’s team, or on the contrary, will it be to their advantage to know that they could go down in history?

On the other side, the Troy Trojans stand out for their fierce defense, which allowed only 17.6 points per game on average during the regular season. This earned them the seventh least defeated defense against FBS opponents.

On that regard, the standout man is T.J. Jackson, who led the Trojans in catches (averaging 8 per game), made 52 tackles and forced two fumbles. But of course, you just don’t win by defending well, and on the offensive line Gunnar Watson stands out in passing yards, while Kimani Vidal stands out in rushing.

The Trojans come in as Sun Belt champions, not bad for the first season at the helm of head coach Jon Sumrall, who managed to put together a solid team that has not lost in 10 games.

What a great match awaits us! It’s one of the best defensive lines against one of the best offenses in the country. It will be a very balanced duel, where strategy will be present every second. But looking at this game as a whole, at JefeBet we believe UTSA will win.

Prediction: UTSA wins by less than 10. 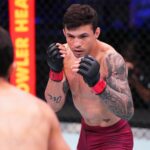 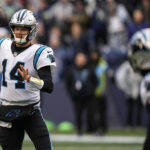