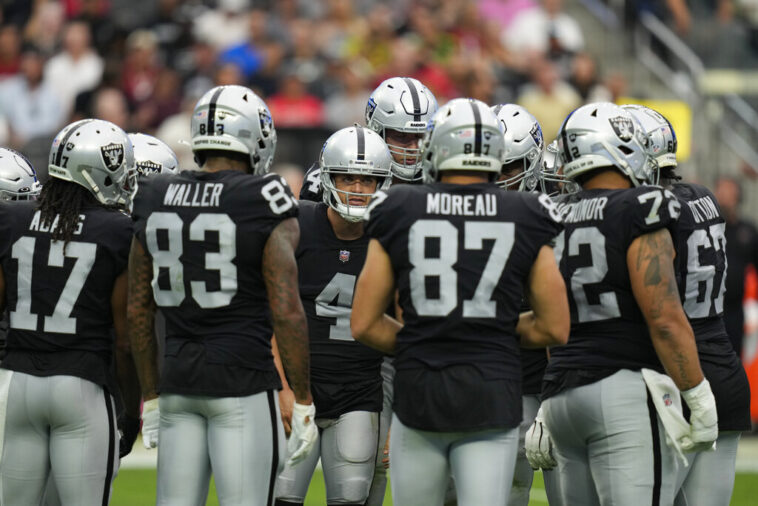 The start of the season for the Las Vegas Raiders has not been easy and in the third week of action, they must visit a tough opponent also in need of victories, the Tennessee Titans.

While the Raiders were not expected to have a very comfortable ride in the NFL’s tough AFC West, the team coached by Josh McDaniels has still not won this year after two painful defeats , especially last week’s, when after leading 20-0 in the first half they ended up losing to the Cardinals, in overtime, 29-23.

Now they must go to Tennessee to face the Titans, who also have a 0-2 record and are coming off a 7-41 crushing by the Buffalo Bills. The good news is that in their last three visits to Nashville they have come out on top.

Predictions, odds, and betting preview for the Las Vegas Raiders in Week 3 of the 2022 NFL season

The Raiders come into this game as slight favorites for the simple reason that in their losses they have looked more solid than the Titans.

The Las Vegas defense has gotten the job done beyond their second-half slump against the Cardinals and against the Titans’ offense they could be in for a good day. Derrick Henry has been nowhere near his level and Ryan Tannehill is struggling with an unreliable receiving corps.

On offense the Raiders need to do a little more, as after the arrival of Davante Adams they are expected to be able to score more than 23 points. Against Arizona, they could only score three touchdowns between the second half and overtime, something they must improve against a Tennessee defense that was crushed by the Bills.

While the betting in Las Vegas for this game is pretty much split, the stats bode well for the Raiders this Sunday.

These two offenses are bound to wake up at any moment, but Sunday’s duel is so important for these two teams that everything will surely be focused on what the defenses can do.

The Titans have not been as consistent as expected and even allowed 21 points to the Giants. For the Raiders, they did a good job against Justin Herbert and blanked Kyler Murray for two periods.

The Raiders’ slow start in the season has made their postseason expectations quite complicated, especially since many do not think they are capable of winning more than eight games in the remainder of the schedule.

However, this may be possible if they leave Tennessee with a win. Their road games against the Jaguars, Broncos, Seahawks and Steelers are winnable, leaving in asterisk their games against the Chiefs, Saints and Rams, much more complicated teams.

In addition, they will play against accessible opponents such as Broncos, Texans, Colts, Patriots and 49ers at home. At least four of those could end in victory as well as four of those named in away games. Of course, everything depends on winning this Sunday against the Titans.

In one fell swoop, the Raiders went from (+800) to (+1600) in their aspirations to win the division. Losing 0-2 in such a complicated group is not the best thing to do and even more so if we see how the Chiefs and Chargers, now the two main favorites to be number one in the AFC West, are playing.

Las Vegas’ chances depend on winning the remaining head-to-head matchups and a good start would be to come out on top in Kansas City during week five.

Las Vegas does not have a bad workforce. The organization strengthened well in the preseason, but the team seems to be adapting to the new system of playing brought in by head coach Josh McDaniels. The Raiders are going to improve, but they need to do it fast before the postseason train passes them by. More than enough reason to think they are a long way from winning the Super Bowl.

Derek Carr’s candidacy for a possible MVP is not only complicated by the fact that the Raiders have not won yet, but because the offensive line is living up to the expectations that were expected of them prior to the start of the season and they have not done a good job covering their quarterback.

Carr has already been caught six times, five of them against the Chargers. Although he has 547 yards in two games, he has only four touchdowns and three interceptions. His pass completion percentage is 61.8 % and his QB rating is 84.7, so far the lowest of his career. 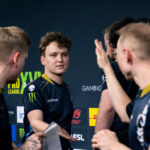 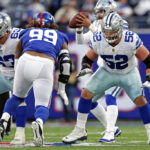