One of the games scheduled for NFL Week 5 on American soil will be the 49ers vs Panthers matchup. In this game, the visiting team will be looking to consolidate their position at the top of their division, while the home team seeks to improve after a poor start to the season.

At JefeBet we present you the best odds, analysis, and predictions for this San Francisco 49ers vs Carolina Panthers game, as well as for other games that will be played in Week 5.

The San Francisco 49ers understand the importance of every game, as each of the teams in the NFC West is locked at 2-2 heading into its Week 5 opening. However, the 49ers took a step in the right direction after beating the Los Angeles Rams 24-9 in their last game.

It was another game in which San Francisco’s defense excelled, limiting the Super Bowl champion’s offense to just 257 total yards and even brought down Matthew Stafford seven times. Against an offense that still hasn’t found its best level, they may once again depend on the defense to win this game.

The Carolina Panthers enter this matchup tied with the New Orleans Saints for last place in the NFC South. The Louisiana Panthers are the only team they have beaten so far this season, with a Week 3 victory; however, they were unable to replicate that in Week 4 when they fell 26-16 against the Arizona Cardinals.

The 49ers offense may not be clicking, averaging just 17.8 points per game, but the team just needs to limit the damage from its opponents in order to win. San Francisco heads into Week 5 with arguably the best defense in the NFL, with the second-best average in total yards allowed (262.3), yards through the air (161.2) and yards on the ground (73.3), while its average of 11.5 points allowed is the best in the league.

This is bad news for the Panthers, who, despite scoring more than 20 points twice this season, did so against the Browns and Saints, two teams with relatively poor defenses. In this way, the 49ers will almost certainly not give them any chances.

None of the 49ers’ games this season have ended with more than 39 points, and it seems unlikely that this one will be the exception. 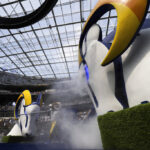 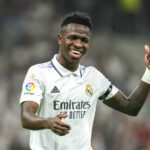