Cincinnati Bengals running back Jacques Patrick (31) runs with the football against the Tampa Bay Buccaneers during the second half of an NFL preseason football game Saturday, Aug. 14, 2021, in Tampa, Fla. (AP Photo/Mark LoMoglio)
TwitterFacebookLinkedInRedditWhatsApp

The Bengals vs Buccaneers will square off on the field next Sunday in another thrilling NFL Week 15 matchup.

Cincinnati comes into the game with five consecutive victories after beating the Browns 10-23, while Tampa Bay fell for the second time in the last three games after being defeated 7-35 by the 49ers .

Without further ado, at JefeBet we bring you the best preview of the anticipated game between the Cincinnati Bengals vs Tampa Bay Buccaneers .

The Bengals have their sights set on repeating as American Conference champions, and their first step to achieve this will be to take the lead in the AFC North.

Cincinnati has won five straight games, and still have a pending game against the Ravens (who defeated them in that particular matchup). It must also be mentioned that they are having severe quarterback issues in Baltimore. That is why it is vital for them that their offense remains in tune, especially in the passing game led by Joe Burrow, who has them with the fourth-highest total yards with 3,485 and touchdowns with 27 TDs.

On the defensive side, Cincinnati has also done well and its 265 points are the 11th lowest in the league. They are very solid in their defense against the pass: opponents have scored only 12 TDs, the second-lowest figure in the circuit, while in the red zone the opponents score in 51.2% of the trips inside the 20-yard line.

Despite leading the NFC South, the Buccaneers’ season is far from what they expected, and their first place is in serious jeopardy.

Tampa Bay’s main problem has been their lack of offensive efficiency, despite having Tom Brady in their ranks: only twice this campaign have they scored more than 21 points in a game and they are the only offense that failed to reach 1,000 rushing yards with 948.

The team’s defense is its most crucial component, however it is useless without help from the attack. The Bucs rank seventh in the NFL with 38 catches and have allowed the fourth-fewest number of first downs in the NFL, 234, and they record 254 points allowed, which is the ninth-fewest in the league.

What better time for the Bengals to get their third straight win against the Buccaneers than this Sunday, with the AFC North lead on the line and a team playing like they did last year when they were American Conference champions.

Yes, they’re going on the road against Tom Brady and company. However, this Tampa Bay team is not scary at all, and they are 3-3 at home this year. They lead the NFC South with a 6-7 record and currently don’t appear to have the offense to overtake Cincinnati. 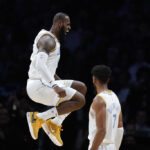