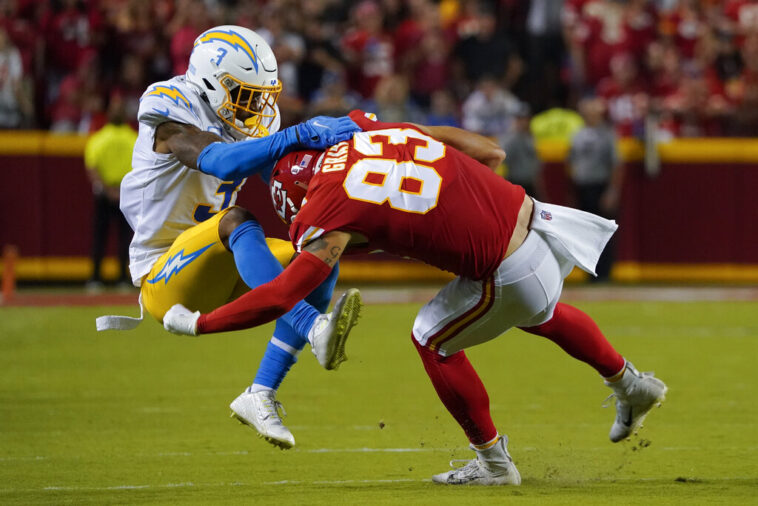 On Sunday Night Football, two teams in the AFC West will meet for the second time this season when Chiefs vs Chargers square off in NFL Week 11.

Kansas City leads the division after adding its third consecutive win with a 17-27 victory over Jacksonville. For their part, Los Angeles lost ground in their fight for the top of the group with a 16-22 loss to the 49ers. It’s worth noting that in Week 2 the Chiefs won 27-24 during the first meeting between the two teams.

Without further ado, JefeBet brings you the best preview of the important divisional duel between the Kansas City Chiefs vs Los Angeles Chargers.

With the best record in the AFC and one of the best offenses in the league, the Chiefs maintain their position as the favorites.

Despite losing the ball three times against the Jaguars, Kansas City was able to total 486 total yards and Patrick Mahomes threw for at least four TDs for the third time this year. That’s why the Chiefs are the team with the highest number of points this season with 270.They are also first in first downs gained with 226, they have the highest amount of passing TDs (25) and are second in average yards per play with 6.4 and in net yards through the air with 7.3.

On the defensive side, they have done better than expected and in the last two meetings they haven’t allowed more than 17 points. Kansas City is tied for 13th in the fewest average yards per play allowed (5.4) and while they have conceded the most passing TDs with 19, they rank 10th in average net yards allowed per pass with 6.0.

Despite having a positive record, the Chargers need a win against the Chiefs not only to keep them in sight in the division, but also to stay in the American Conference wild card spots.

Against San Francisco’s great defense, the Los Angeles offense had little to do. They managed their lowest share of total yards with just 238, while their ground game remains among the poorest in the league. They have the third worst yards per carry average in the circuit with just 3.7, as well as the third lowest yards per carry on the ground with 764.

On the defensive side, the Chargers have had to deal with several injury absences and stopping the ground attack continues to be a problem for them. For the sixth time in the last seven games, they have allowed more than 130 yards and are the second team that concedes the most yards per carry with an average of 5.4.

The mix of the Chiefs’ high-powered offense combined with the Chargers’ weakened defensive line has the makings of a high-scoring affair next Sunday night.

Moreover, Justin Herbert had his best game of the season against the Chiefs with 334 yards and three touchdowns. This is a performance that suggests the Chargers won’t be repeatedly shut out at home against one of the worst red zone defenses in the league, the Kansas City Chiefs. 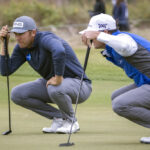 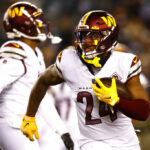