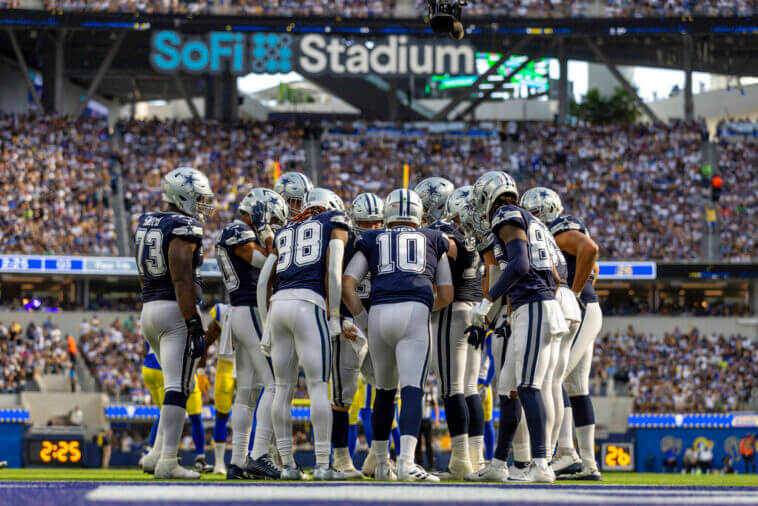 After overcoming Dak Prescott’s injury in the first week of action, the Dallas Cowboys face their second big test of the 2022 NFL campaign this Sunday when they visit the surprising Philadelphia Eagles.

Mike McCarthy’s team has a chance to climb to the top of the NFC East with a win against its direct rivals. However, this will not be an easy task considering that the Eagles are the only undefeated team in the circuit.

After losing to the Buccaneers at the start of the regular round, the Cowboys got 4 wins in a row on the back of a good performance by backup QB Cooper Rush and a superb performance by one of the best defenses in the league.

It is precisely that ability to stop their opponents that will be vital when they visit one of the NFL’s best offenses. While the Cowboys are 2nd in catches with 20 and 3rd in points conceded (72) and net yards per pass (4.7), the Eagles offense is co-leading in yards gained per pass (7.6), 2nd in total yards (2099), and 5fth in points scored (135).

But that’s not all. The difficulty of this matchup lies in the fact that Philadelphia is not only among the best offenses, but they share the top spots with the Cowboys in several defensive categories. The Eagles match the Dallas Cowboys in average yards per play (4.7), are co-leaders in fumbles recovered and yards allowed through the air (11 and 4.6, respectively), and 7th in points conceded (88).

Predictions, Odds, and Betting Preview for the Dallas Cowboys in Week 6 of the 2022 NFL Season

Despite the Cowboys’ good defense, getting a win in Philadelphia looks complicated considering that their offense does not seem to have the arguments to score a good amount of points.

Against good defenses such as the Bengals’, the Giants’, and the Rams’, they did not score more than 23 points, and, although this was enough to come out on top, none of those three teams has shown the offense that Philadelphia has developed with Jalen Hurts as the leader this year.

In no game this season have the Eagles scored less than 20 points, and only once did they score less than 24.

Although a victory seems very complex to achieve, Dallas’ collective performance this season and the excellence of their defensive line does not suggest that they are going to be crushed by the Eagles.

There is too much at stake in this match and the fight is going to be very tough. The Cowboys aren’t going to make many mistakes, and that could keep them close on the board.

In addition, Dallas has a 7-2 record playing against the spread in the last nine meetings between the two teams, while Philadelphia’s record in this condition is 7-3 in the last 10 meetings.

The point line for this commitment is quite complicated. Although defenses are expected to be the stars of the night, only Dallas has once scored fewer than 20 points this season. So these offensives also know how to do their job.

The truth is that this season, Dallas is 0-4-1 playing for the Over/Under, while Philadelphia is 2-3. How are they doing in the direct confrontation? The under is 5-2 in Eagles’ last seven home games.

The Cowboys have been able to navigate the complications of their schedule so far, including their visit to Los Angeles, where they picked up a big win by dispatching the champion Rams before their tough matchup against the Eagles.

Thanks to that win in Week 5, the Cowboys’ win projections have risen considerably to the point where they can win at least 11 games.

Assuming a loss in Philadelphia, their aspirations are based on home games, as they must visit the Packers and Vikings consecutively in Week 10 and 11, while in week 15 they go to Jacksonville and close the season at the home of the Titans and Commanders. Apart from this last matchup and the Jaguars, the other three look quite complex.

Therefore, by winning at least these two visits and five of the six remaining home games, something feasible considering opponents such as the Bears, Colts, and Texans, as well as the return of Dak Prescott sooner rather than later, Dallas could surpass the ten-win mark.

The Cowboys went from +350 to +300 thanks to their big win over the Rams on Sunday, which kept them with a chance to move into the division lead with a win over the Eagles.

Although there is still a lot of work to be done, this game could be vital for Dallas, not only because with a win they would match Philadelphia, but also because they would already be ahead of them in the series. If they fall, everything becomes more complex since they would be two games behind and would have to win at home, in Week 16, to even the series.

Dallas dropped from +1100 to +800 thanks to their 22-10 win over the Rams, but the strong schedule and doubts in their offense, especially with the ground attack, makes it very difficult to project the team coached by Mike McCarthy as a possible favorite to win the AFC over Buccaneers, Packers, and the Eagles themselves.

As for their potential Super Bowl win, Dallas needs Prescott to get healthy as soon as possible if they want to have a modicum of hope. Defense will play an important role, but without offense the Cowboys will not be able to beat either the NFC powerhouses or AFC favorites like the Bills, Chiefs or Chargers.

With each passing week, Micah Parsons becomes more of a favorite to win NFL Defensive Player of the Year.

The Cowboys’ linebacker added two catches against the Rams to become co-leader in sacks with 6.0, and is tied for second most tackles for loss of yardage (7), and his 12 hits on the opposing quarterback are the third most in the league. Last season’s Defensive Rookie of the Year was a real nightmare. 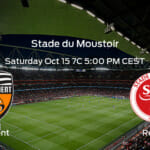 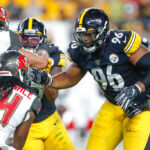