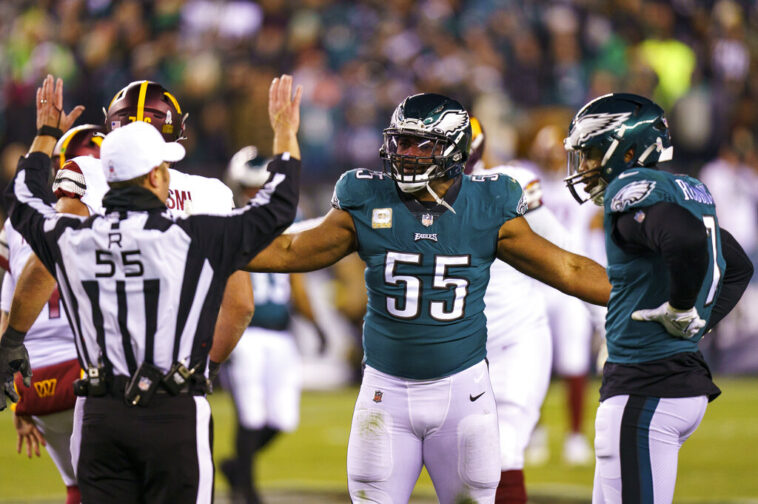 Philadelphia Eagles defensive end Brandon Graham (55) reacts to the official after getting flagged during the NFL football game against the Washington Redskins, Monday, Nov. 14, 2022, in Philadelphia. (AP Photo/Chris Szagola)
TwitterFacebookLinkedInRedditWhatsApp

Eagles vs Colts, which will take place this weekend on the gridiron, is a game that garners interest since Philadelphia is coming off an undefeated season and Indianapolis just managed to snap a run of three straight losses.

The NFL season has already passed the halfway point, and now there are fewer games left in the regular season. The good news is that despite some teams appearing to be better than the others, the teams are not disappointing us, and we keep enjoying every game.

All the details regarding Philadelphia Eagles vs Indianapolis Colts can be found here at JefeBet, along with the available odds.

Predictions and Betting Preview for the Philadelphia Eagles vs Indianapolis Colts NFL Week 11 Game on November 20, 2022

The Philadelphia Eagles have surprised everyone in this 2022 NFL season, with an outstanding performance that allowed them to get eight consecutive victories. Unfortunately, in their last game they lost by a score of 21-32 to the Washington Commanders, and are no longer undefeated in the season.

Still, the Philadelphia franchise leads the National Conference and the NFC East, being the team with the most wins and the fewest losses. Additionally, they have a score of 246 for and 167 against. It’s likely that the most recent loss was merely a bad day for them, and won’t stick around.

Following three straight defeats to the Tennessee Titans, Washington Commanders, and New England Patriots, the Indianapolis Colts may enter this game with confidence after a crucial 20-25 victory against the Las Vegas Raiders.

This was their fourth win of the season and their fifth game recording 20 points or more. Despite struggling to get wins, the Colts are in second place in the AFC South, the second team with the most wins. We think they should focus on correcting defensive errors, as this is their weakest area.

In this game, the Philadelphia Eagles will have to show what they are made of since they have not been in a similar situation before, and here they will have to turn around what happened last week. The Eagles’ level is superior to that of the Colts, especially on offense, which will be a headache for Indianapolis.

Prediction: Philadelphia Eagles win and the Spread is covered.

Do you want more? Follow us on Facebook and don’t miss out on all the latest news about the sport and its protagonists, all here, at JefeBet. 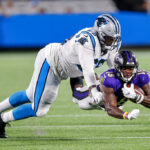 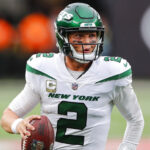