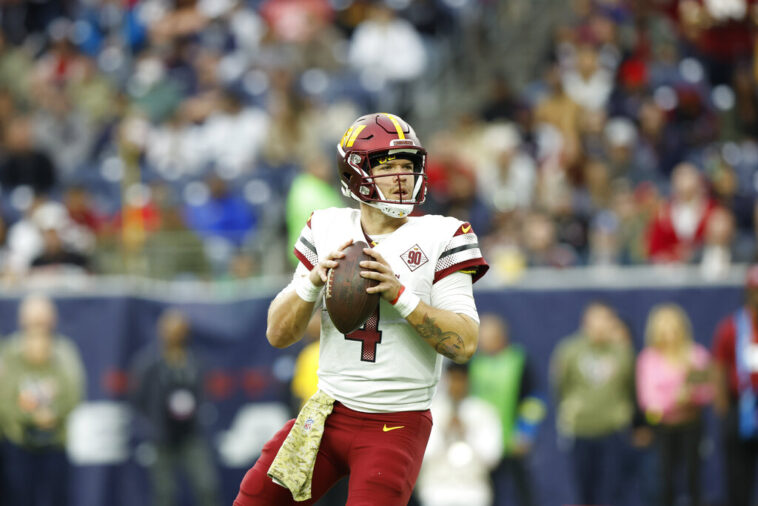 These are two teams who have had seasons that left a lot to be desired, and that now must string wins together to improve their track record. The Falcons vs Commanders matchup in Week 12 will give us the chance to watch how two teams with similar realities compete to win and advance in this thrilling NFL season. This new chapter of American football is all about that.

At JefeBet, we have the best NFL information with predictions, odds and team analysis. This time, we bring you everything there is to know about the Atlanta Falcons vs Washington Commanders matchup.

Predictions and Betting Preview for the Atlanta Falcons vs Washington Commanders NFL Week 12 Game on November 27, 2022

The Falcons are a tough team to figure out. Atlanta has posted wins against the Seahawks, Browns and Bears, and dominated the 49ers—a team considered one of the top three in the NFC—by two touchdowns at home.

The Falcons, who are currently in a rebuilding process, have only suffered two losses by double digits, and three of those losses—to the Saints, Rams, and Chargers—came by a combined eight points, meaning they easily could have been victories.

At 5-6, Atlanta is nipping at the heels of the Commanders in the NFC wildcard race, which each week has more and more teams in contention.

After facing arguably the best (Eagles) and worst (Texans) teams in the NFL in back-to-back weeks, the Washington Commanders take on a very sluggish Atlanta Falcons, albeit full of confidence and with the playoffs in sight.

It will be the first of four consecutive games against NFC opponents for the Commanders. This is the second consecutive season they will face the Falcons after defeating the team in Atlanta in Week 4 last season. Overall, Washington has a 15-10-1 record against the Falcons and 9-4 when playing at home.

Commanders head coach Ron Rivera enters this week with 99 career wins (regular season and postseason combined); he is one win away from 100 and would become the seventh active coach to reach that milestone, as well as the 47th head coach all-time to reach 100 total wins.

If the Commanders hamper Atlanta’s ground game and force Marcus Mariota into offensive inconsistency, they should win this game, although it will be close. 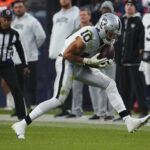 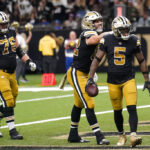