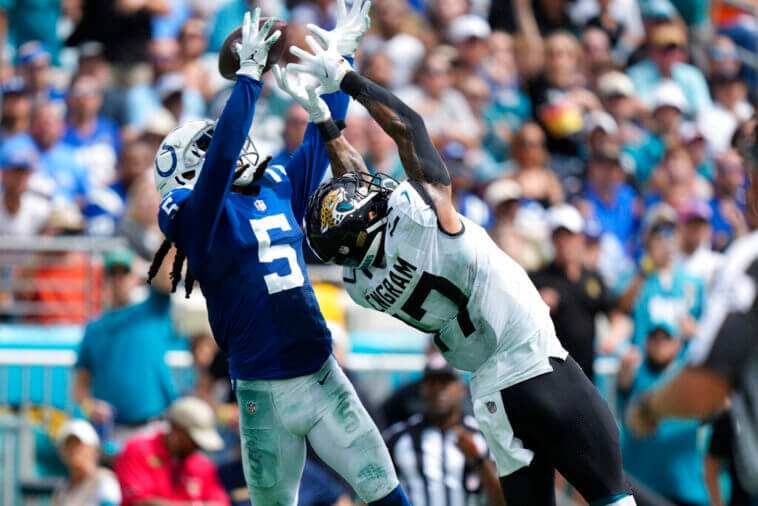 The AFC South looks to be anyone’s game this NFL season and, on Sunday, the Jaguars vs Colts will meet for the second time as they look to climb to the top of the standings.

In one of the surprises of the past weekend, the Jacksonville team fell by a 13-6 score to the Texans, while Indianapolis won a rather strange game. against the Broncos in overtime, with a score of 12-9. It’s worth remembering that in the first game between the two, during Week 2, the Jaguars defeated the Colts 29-0.

Without further ado, at JefeBet we bring you the best Jaguars vs Colts predictions and betting preview, along with information on this not-to-be-missed divisional game.

Predictions and Betting Preview for the Jacksonville Jaguars vs Indianapolis Colts NFL Week 6 Game on October 16, 2022

The Jaguars’ loss to the Texans came as a surprise last week, as under Doug Pederson they have been one of the most improved teams this season, and a new victory was expected from them at home.

However, the turnovers put an end to any attempt from a Jacksonville team that was unable to put together the 422 total yards gained. Trevor Lawrence was responsible for those two interceptions, one that opened the second half and the other on the final series with three seconds on the clock and at his own 47-yard line. The Jaguars were also stopped all three times they attempted to complete a fourth down.

As regards the defensive side, there has been a clear improvement. For the third time this season, they have conceded 13 points or fewer, including the shutout of the Colts. The Jaguars’ defense is fourth-lowest in the league in yards per carry average conceded (3.7), while their nine ball recoveries (either by interception or fumble) rank fifth in all the league.

The Colts have found a way to win this season in one way or another, and this week at home, they have a chance to avenge Jacksonville’s shutout from four weeks ago.

The problem for Indianapolis is that they have one of the worst offenses in the league thanks to an offensive line that has allowed 21 catches to quarterback Matt Ryan, the most in the league next to the Rams. That has not only caused Ryan to be in one of the worst seasons of his career, but they also must face Jacksonville as the team with the fewest points scored in 2022 with 69. Moreover, it’s possible that they’ll have to play without their star running back, Jonathan Taylor, who is recovering from physical discomfort.

The defensive side, which has done everything necessary to keep games on the line despite the offensive slump, could provide the reasons to these victories. The 3.4 yards per carry allowed is the second-lowest figure in the league, behind only the 49ers, while the 4.9 yards allowed per play is the seventh-best figure in the circuit.

The Jaguars’ offensive inconsistency and the Colts’ offensive line woes, including the possible absence of Jonathan Taylor, portend an all-defensive matchup for NFL Week 6.

These two defenses are among the best in the league defending the ground attack, while their secondary have also done a good job against opposing quarterbacks. Another shutout is unlikely, but it will be a low-scoring affair, considering the Under is 4-0 in the last four meetings and 9-2 in the last 11 games in Indianapolis. 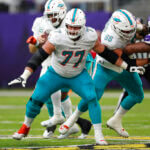 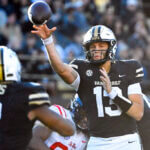