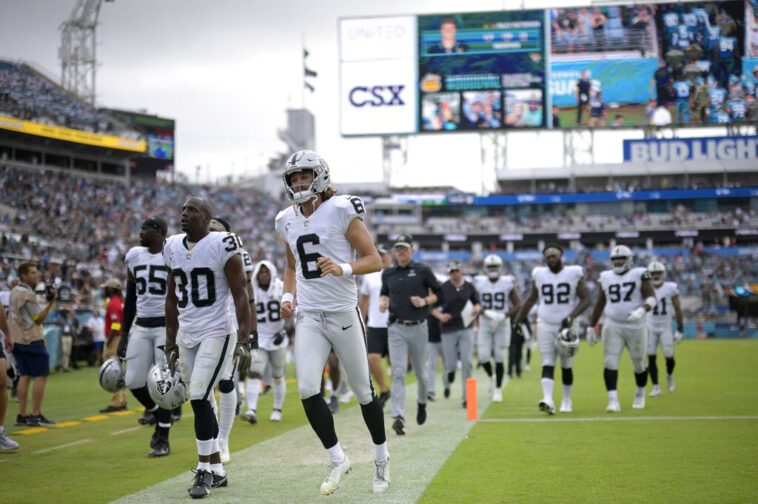 On the eve of Sunday’s game against the Denver Broncos, the Raiders are in last place in the AFC West. Something unthinkable with the moves made by the management during the preseason.

Now, practically eliminated from the postseason, Las Vegas only has to close the season in the best way possible and a good way to do it is by defeating the Broncos for the second time this year and leaving the bottom of the division with a win in Denver.

Of course, the way they are playing, getting a victory will not be easy, but they will face a team that has not played well so far this campaign and which is considered one of the worst offenses in the circuit.

Good news for the Raiders’ defense, the same one that has let three leads of more than 17 points go to waste this season and is tied for third most yards allowed per play with a career-high average of 5.9.

In addition, they have recovered the fewest fumbles in the league with six and their secondary allows 7.1 net yards per pass, which is the second-highest figure in the circuit.

Offensively, things are not much better, especially now that two of their best receivers, Hunter Renfrow and Darren Waller, are out, before visiting one of the best defenses in the league.

Predictions, Odds, and Betting Preview for the Las Vegas Raiders in Week 11 of the 2022 NFL Season

The Raiders have already beaten the Broncos this season, but have yet to win on the road, and between inconsistency and injuries, Sunday’s game at The High Mile does not bode well for them.

Denver’s offense is quite poor, but their defense is elite and they have enough arguments to stop an offense that is pretty banged up in all areas .

In addition to that, the Broncos could wake up from their lethargy against a rather deficient defense like the one shown by Las Vegas in this campaign.

The spread line is pretty close for this game for the simple reason that both teams have performed similarly in the season and that is why they are fighting for not being last in the AFC West.

The point line for this game is one of the lowest of the week because of the Broncos’ good defense, which has conceded the fewest points in the circuit with 149 .

The sportsbooks in Las Vegas have lost patience with the Raiders and many of them think they will not reach six wins this campaign with eight games remaining.

Four of those duels will come on the road, including this Sunday’s game against the Broncos. Next week they will visit a tough Seattle team, then go in Week 14 to play the Rams and in Week 16 travel to Pittsburgh.

With the last three losses, the Raiders’ hopes of winning their division are practically nil since they are five games behind the Chiefs, lost the first game against them and have two other rivals ahead of them. More than enough reason to go from (+4000) to (+8000).

If it is complicated for the Raiders to win their division, they will have an even harder time winning the AFC when you consider that they would have to beat the Chargers and Chiefs, or even a much more difficult obstacle like the Bills.

If the possibility of the Raiders making the playoffs is a miracle, the Raiders winning their first Super Bowl since 1983 is unfathomable. Considering injuries and team inconsistency, the likelihood of this happening is almost (+10000) in Las Vegas. There are many teams above them and while they have what it takes to at least fight one more week, reaching the final is too much to ask of them. 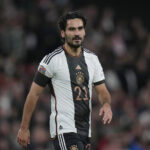 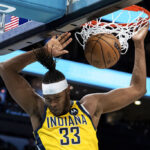