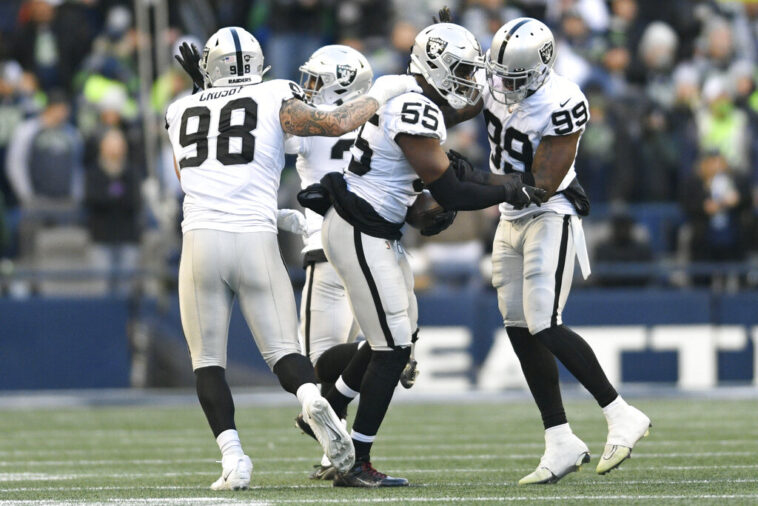 Las Vegas Raiders seem to have a late awakening from a rather mediocre performance during the first ten weeks of the season, and now, against the Los Angeles Chargers they hope to continue improving their performance with the gridiron.

With a 4-7 record, the Raiders are in third place in the AFC West and their two consecutive victories, both in overtime, keep them three games from the wild card positions with six games remaining on the schedule.

Of course, the chances of qualifying are minimal, but at least the team led by Josh McDaniels has looked very good offensively in recent games. This is mostly because of Derek Carr’s great work and the running back Josh Jacobs, who against the Seahawks became the first player in the history of the NFL in rushing for more than 225 yards and receiving more than 70 in a game.

Overall, the Las Vegas offense takes eleventh place in most points scored with 265. They are also fifth in average yards per play with 5.9, their 18 TDs through the air are the ninth best in the circuit, and the 5.2 yards per carry that they average is the fourth best figure among NFL offenses.

The problem is that things have not been great on the defensive side, particularly the air defense. The Raiders have lost three leads of 17 points or more this season, and much of that is to blame on a secondary that has allowed the fourth highest amount of TDs (19), and that has the third highest average of net yards per pass with 7.1. In addition, Las Vegas has only forced eight turnovers, the second fewest in the league.

Despite the Raiders’ negative record, the team is even with the Chargers in the Vegas spoortsbooks’ odds for the game.

The main reason for this is that they are going through a good moment, especially offensively. Meanwhile, Los Angeles, which has already defeated the Raiders at home this year, has a very negative record in terms of performance in recent games, despite having a 6-5 record.

This parity in the betting is also reflected in the spread line that the Raiders have for this game, and that basically places them as slight favorites to win at home.

The point line is high but it could fall short for two teams with offensive qualities and defensive problems like the Raiders and the Chargers.

They finished 19-24 in favor of Los Angeles in Week 1, but the Raiders have scored at least 20 points in four of their last six games, including two of 38 or more points. On their part, the Chargers have scored fewer than 20 points only three times this campaign.

To that we can add that both the Chargers and the Raiders are in the top 10 teams that have allowed the most points this NFL season.

The Raiders’ slight improvement has led Las Vegas sportsbooks to believe the team can win at least seven games this campaign.

With two consecutive away wins over the Broncos and the Seahawks, the Raiders have just two remaining road games against fairly affordable teams like the Rams and the Steelers. Two victories that could be added if they continue to play in this way.

As far as home games are concerned, this week’s game against the Chargers and Week 15 game against the Patriots are among the more affordable ones. The other two games they have, against the 49ers and Chiefs, are to close the season and they are very complicated games to win.

With six games remaining in the regular round schedule, the Raiders are five games behind the division leader, Kansas City Chiefs. Considering that they are the best team in the American Conference, it is very delusional to think that Las Vegas will win all their games and that the Chiefs will lose five out of six games.

If the Raiders have a hard time winning their division, or even qualifying for the postseason, they have an even harder time winning the AFC, considering that they would have to beat the Chargers and the Chiefs, or an even a much tougher team like the Bills.

Considering that seeing the Raiders in the postseason would be a miracle, the Raiders winning their first Super Bowl since 1983 would be inexplicable. Taking into account the injuries and the team’s inconsistency, the likelihood of this happening is almost (+10000) in Las Vegas. There are many teams above them, and while they have the what it takes to at least fight one more week, reaching the final is too much to ask. 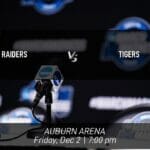 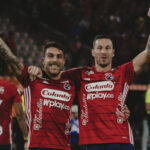