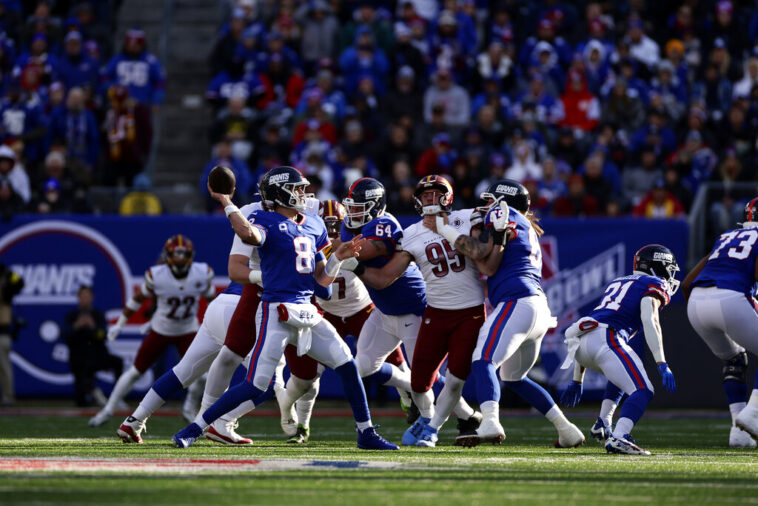 Sunday Night Football in NFL Week 15 has a stellar game in store for us, when Giants vs Commanders face each other in an NFC East showdown, and also for the final two National Conference wild cards.

New York is coming off a 48-22 defeat by the Eagles. Meanwhile, Washington enjoyed its week off before this crucial match. It is worth remembering that two weeks ago, precisely in the last match played by the Commanders, the teams ended in a 20-20 draw.

Without further ado, JefeBet brings you the best preview for this important clash between the New York Giants vs Washington Commanders.

The Giants found a bad time of the season to come down. Not only do they have three losses and a tie in the last four games, but also three of the last four games of the year are away from home against teams with a positive record: the Commanders, the Vikings and the Eagles.

Therefore, it is imperative for New York to get back to the winning ways this coming Sunday, and for that to be possible, they will need their defense to have a good night. In those three aforementioned losses, the Giants have not allowed fewer than 28 points to their opponents, and they currently rank as the fifth team with the highest average of yards per play conceded with 5.8.

Their main weakness in this area is to stop the ground game, in which they share first place in most yards per carry allowed with an average of 5.4, through which they have scored 15 TDs. If the defense does not respond, little can be done by an offense that, this year, does not know what it means to score 30 points and that only once has scored more than 24 points.

The strength of New York’s offense is in its ground game, so it is crucial that Saquon Barkley is fully healthy and ready for the game. The Giants are sixth in total yards on the ground with 1,919 and they rank sixth in touchdowns with 16. Inside the red zone, they are one of the best teams by scoring on 61.5% of their visits, but they have allowed the third most catches by their QB with 44.

The Commanders’ comeback season is one of the pleasant surprises in the NFL, and this Sunday, they have a great opportunity to take a step closer to the standings by arriving well-rested to a vital game for them.

In the last eight games, Washington has achieved six wins, one tie and one loss, in large part thanks to its solid defense, which, during that period, did not allow more than 21 points to any opponent, which made them the only team to defeat the Eagles so far.

The Commanders are second in fewest first downs conceded with just 227, while on the ground they are tied for third place in fewest TDs allowed with just 7. They are also very disciplined by totaling 67 penalties, and in the red zone, they have an effectiveness of 54.8%.

On the offensive side of the ball, things changed with the injury of Carson Wentz and the assumption of Taylor Heinicke, who took over the position despite the return of the experienced QB. In the last eight games, Washington’s offense has only scored 23 points against Philadelphia, but it has been enough to give a boost to their great defense. However, their current performance is not enough to fight in the postseason.

In a game where both offenses are quite deficient, the performance of the defense is what will make the difference.

The Commanders have their defense in their favor, as well as the fact that they are going through a good moment, something very different from what is happening with their rival, who has allowed 27 points or more in their last two away games. 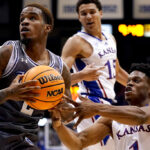 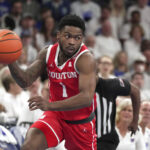