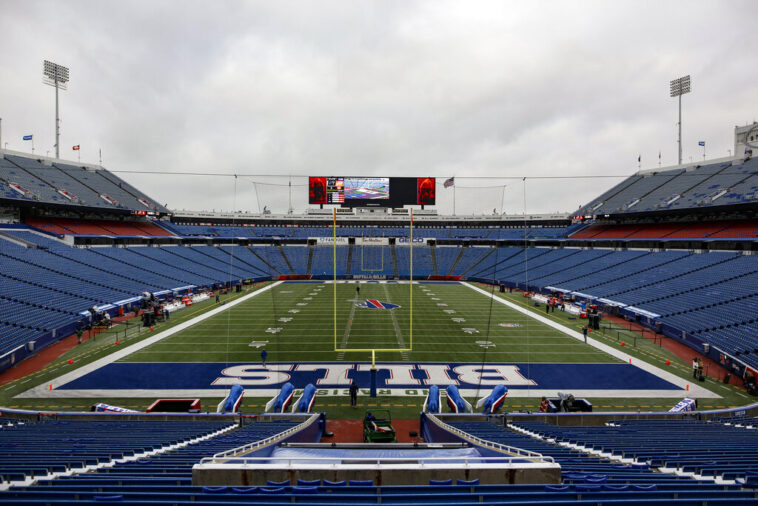 FILE - The field is prepared at Highmark Stadium before an NFL football game between the Buffalo Bills and the Carolina Panthers, Dec. 19, 2021, in Orchard Park, N.Y. The Bills moved closer to landing $200 million in NFL funding to help finance their bid to build a new stadium, a person with direct knowledge of the situation told The Associated Press on Friday, March 25, 2022. (AP Photo/Joshua Bessex, File)
TwitterFacebookLinkedInRedditWhatsApp

In this Week 8, Sunday Night Football will feature two great teams from each of the NFL’s two conferences, with the Packers vs Bills matchup promising to be a worthy spectacle for football fans everywhere.

JefeBet brings you information for every game that will take place within Sunday’s NFL action, and we’ll end our coverage of the day with predictions and analysis for this Green Bay Packers vs Buffalo Bills.

After starting the season strong and looking like the leading candidate to win the NFC North, the Green Bay Packers have fallen into a slump in their season and come into Sunday Night Football having lost their last three games. Worst of all, their losses happened against second-tier teams like the surprising Giants (27-22), the Jets (27-10) and the Commanders (23-21).

The departure of Davante Adams has left an empty space in the Packers’ offense that has not been filled, so much so that the team is actively searching the market for a wide receiver to upgrade the position. Despite this, their defense has been a good fit, allowing the fewest air yards on average in the league, with this one standing at just 168.9, something that could come in handy in this particular matchup.

The Buffalo Bills enter this game with the best record in the American Conference, cementing their status as the favorite to win the next Super Bowl. Buffalo brings a streak of three consecutive wins, with two being against great teams like the Baltimore Ravens (23-20) and Kansas City Chiefs (24-20). Moreover, they’ll be well rested after their bye in Week 7.

The team has been undoubtedly the best in this NFL season:they are currently leading the league in average total yards per game (449.2), average air yards (323.0), third-down conversion percentage (52.8%), average total yards allowed (302.5), team opponent rushing yards average (76.2) and average points allowed per game (13.5). Additionally, playing in front of their fans will serve as a boost for another win.

What should the Packers expect when they face the league’s best team if they couldn’t beat the Jets and Commanders? Green Bay may have the best defense against the pass in the entire NFL, but they haven’t faced a similar offense to the Buffalo Bills thus far, and the poor performance of their offense will come to be an issue in this matchup against one of the best defenses in all football.

The Bills have already passed similar tests this season, and the most impressive thing is that they have always done so as a visiting team, so now as a home team, they are expected to demonstrate even more why they are considered a Super Bowl favorite.

In addition, Buffalo went 19-0 the last time they hosted the Packers, and also won by more than 10 points in their last six official games at Highmark Stadium. 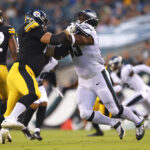 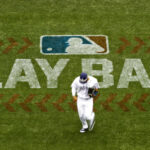