Much of the first third of this NFL 2022 regular campaign has already elapsed, and the Pittsburgh Steelers continue to have no clear direction in the season, with a 1-2-0 record that has them in third place in the American Conference North Division, and they will face an accessible team on paper as the New York Jets for this Week 4.

The team has two losses in a row after losing 17-14 to the Patriots in Week 2 and 29-17 to the Browns in Week 3. They will be looking to avoid a third consecutive loss in this fourth round. So at JefeBet, we will show you the Pittsburgh Steelers odds for their next commitment, as well as the outlook of their future NFL bets compared to the previous week.

Predictions, Odds, and Betting Preview for the Pittsburgh Steelers in Week 4 of the 2022 NFL Season

This will be the first game of the season in which the Pittsburgh Steelers will start as favorites after being underdogs for three consecutive weeks.

However, the team has not looked solid enough at the moment, and let’s not forget that their only win to date was achieved thanks to an overtime in Week 1. So, we will have to see how they handle now with expectations on their shoulders.

A spread of -3 seems the most sensible for this matchup, not only because the teams start with a similar record and have an even performance on paper, but also because two of the Steelers’ three games this regular campaign were decided by three points, although that was not the case in the last one.

The point total for this clash is quite low, and there are many reasons to explain this. First, Pittsburgh’s offense has been woeful, running for an average of just 279.7 total yards so far and scoring an average of 18 points per game.

Both the line and the odds for it on DraftKings have undergone a slight change, with the total going from 7 to 6.5 while the Over odds now deliver much better dividends.

This is no surprise, as a loss in this game would tip the scales heavily towards the under, as after this matchup against the Jets the team will take on Bills, Buccaneers, Dolphins, and Eagles before their bye in Week 9, with all of those matchups being very difficult given the Steelers’ current conditions.

After their Week 3 result, the Steelers’ odds to win their division went through the roof as it became clear that, among all those in the division, they look like the weakest team.

If they were to lose this game, it would not be a surprise if it were to go even higher considering the schedule ahead of them.

Just as the odds to win the division increased, so did the Steelers’ odds to finish as conference champions, with only the Jets and Texans having lower odds than them according to the bookmakers.

Sooner rather than later, we might find out that Pittsburgh is not up to the level to compete for this challenge when they have to visit the Bills in Week 5, so fans will have to keep waiting to see their team make it to another Super Bowl.

The odds to win the Super Bowl almost multiplied compared to last week, which reflects how improbable this is, and in case the Steelers manage to turn their season around, we would be witnessing one of the greatest feats in the history of sports, but surely that will not be the case in this 2022.

Another quota that was multiplied compared to the previous season was Mitchell Trubisky to win the MVP, and it’s no surprise since the quarterback has been performing at the level we all know him for, and that’s not exactly a good thing.

To start this Week 4, Trubisky has thrown just two touchdown passes and has completed just over half of his passes (62 of 103). He doesn’t have the best attacking cast around him either, so many other players are emerging ahead of him in the fight for recognition.

Odds courtesy of BetMGM and DraftKings. We invite you to read our reviews!

If you are looking for more of this kind of content, follow us on our Instagram, where we have a lot more to offer you about your favorite sports. What are you waiting for? 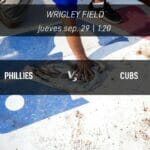 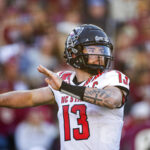