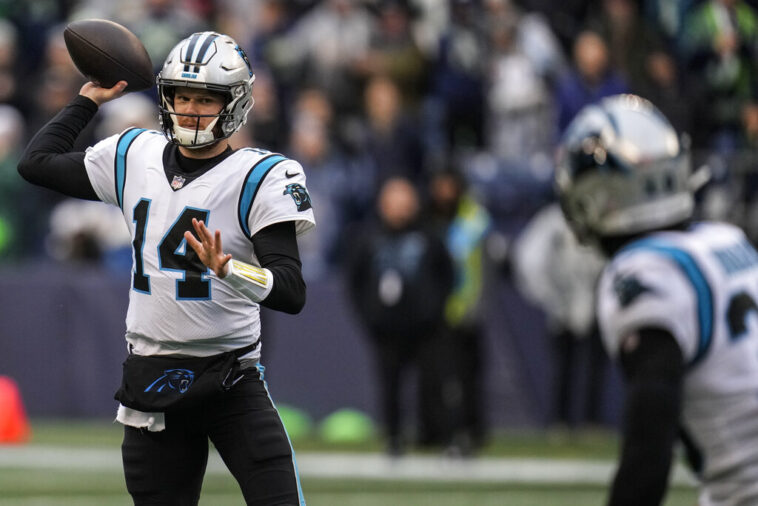 Carolina Panthers quarterback Sam Darnold (14) passes the ball against the Seattle Seahawks during the first half of an NFL football game, Sunday, Dec. 11, 2022, in Seattle. (AP Photo/Gregory Bull)
TwitterFacebookLinkedInRedditWhatsApp

The NFL is approaching its defining moment; there is no more margin for error. The Steelers vs Panthers is one of those games that can decide a lot. Although Pittsburgh is in last place in the AFC North, there is still some hope, while the Panthers are second in the NFC South and close to Tom Brady’s Buccaneers. There’s a lot at stake, so it’s going to get pretty good.

At JefeBet we are ready to provide you with the best sports betting information and NFL predictions. So here is our prediction for this Pittsburgh Steelers vs Carolina Panthers game.

Predictions and Betting Preview for the Pittsburgh Steelers vs Carolina Panthers NFL Week 15 Game on December 15, 2022

The Steelers can’t lose anymore, as simple as that. They need to win because there are games coming up against the Browns and Ravens that could decide their future. But it can no longer let victories slip away if it wants to reach the end of the season with the slightest chance.

Last game, they missed a very important W against Baltimore: they lost by a score of 16-14 and Mitch Trubisky suffered a lot, throwing three interceptions and giving up a touchdown. But anyway, the team is weak in general.

Whether Kenny Pickett will be in against the Panthers is still a mystery, but they also need the defense to step up a lot more to contain the opposition.

Carolina is in a better momentum by stringing together two consecutive victories to get very close to Tampa in its division. That’s why a win at home is so important, because if they can beat the Buccaneers, they would win the division for the time being.

Sam Darnold has taken advantage of the opportunity he was given to start, and in the 10-23 win over the Broncos, he threw 19 passes, completing 11 in addition to a touchdown pass and another carried into the zone by himself. Against the Seahawks, where they won 30-24, he attempted 24 and completed 14 with another touchdown to his name– pretty solid numbers to prove he can lead the team’s offense.

The rest of their schedule is also quite serious, that’s why it’s important to win this game, because in Week 17 against Tampa, the division champion could be decided, so we have to take advantage of the home field against the Steelers.

The Panthers play much better at home. They are 4-3 and the last time they lost in Carolina was in Week 4 and 5 where they lost to the 49ers and Cardinals respectively. Since then, they have won 3 consecutive home games.

The Steelers are not good visitors, having a 3-4 record away from Pittsburgh, but two of those three wins have been in a row and were recently in Week 12 and 13.

Even so, we believe that Carolina will get the victory, because Sam Darnold is playing very well, he is taking advantage of the opportunity and at home he will not miss the chance. They need to win to put pressure on Tampa and Brady. The Steelers would dramatically pull away from the playoffs with this loss. 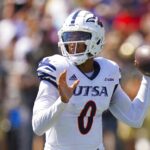 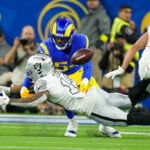