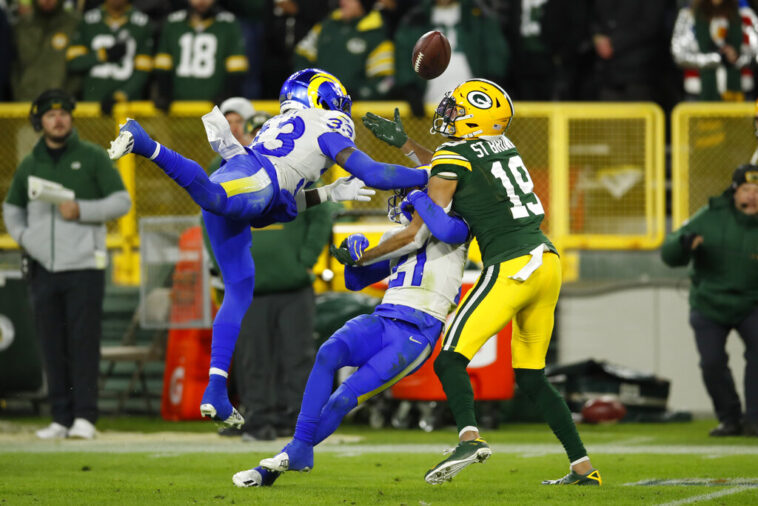 The Rams and Packers, two teams that began the season as favorites to compete for the National Conference crown and are presently all but eliminated, will square off on Monday Night Football to round out Week 15 of NFL action.

Last weekend, Los Angeles snapped a six-game losing streak with a 16-17 win over the Raiders, while Green Bay is coming off a bye week with a 28-19 win over the Bears.

Without further ado, at JefeBet we bring you the best preview of the Los Angeles Rams vs Green Bay Packers.

Want to know more about the Rams? Their current status, future bets and much more information can be found in our Los Angeles Rams Week 15 betting preview.

The Rams want to conclude their season on a strong note after confirming the worst start for a defending champion in NFL history, and their victory over the Raiders could serve as motivation for that.

With the help of their new quarterback, Baker Mayfield, Los Angeles wants to forget that they won’t be able to fight for the two-time championship, as they are one of the worst offenses in the league this year.

Along with the Texans , they share the lead in fewest total yards gained with 3,679 and are also last in average yards gained per play with 4.7. The Rams have not reacted this year either through passing or running, as they have 13 passing touchdowns and 13 interceptions in their pasings game while ranking second-to-last in yards per rush at 3.7.

The team began out strong defensively, but as the losses piled up, they were unable to stay up, especially when it came to stopping the passes. They have only scored eight times while giving up the fifth-fewest total yards (1,325) on the ground. Additionally, they allow only 17 touchdowns in 41 attempts, which is a 41.5% rate, making them the second-best defense in the red zone. They also have the fifth-fewest penalty yards.

The Packers will virtually need a Christmas miracle to qualify for the postseason, despite not being officially eliminated.

As the weeks have passed, Green Bay’s offense has significantly improved, especially when it comes to passes. Aaron Rodgers struggled mightily to connect with a very dubious receiving group at the start of the season. However, despite ranking sixth in passing TDs with 23, the Packers are the tenth lowest scoring team with 263 points. Moreover, their ground attack, fifth in yards per rush with 4.9, has not been efficient in the end zone, registering only seven.

That offensive inconsistency, coupled with the fact that they have only allowed less than 23 points on four occasions, has the Packers in a rather delicate position. Green Bay is fifth in average yards allowed per play with 5.8 and while their secondary has done a great job defending against the pass, they allowed the third-highest amount of total rushing yards so far with 2,012. Also, their opponents have scored a total of 15 rushing TDs. And we’re not finished: they are one of the teams with the fewest quarterback sacks with 24, and in the red zone they allow touchdowns on 57.1% of the opponents’ trips.

Although it is fair to note that this year Green Bay is not the usual, unbeatable team at home as they are 3-2 with two of those wins coming in overtime, playing the Packers at Lambeau Field is never an easy task.

However, it is also true that this Rams are a much different team than last year’s. and it remains to be seen if Mayfield can once again work with his offense. In the last four clashes in Green Bay, the Los Angeles team is 0-4 against the spread and 0-8 in the last eight games overall against the Packers. 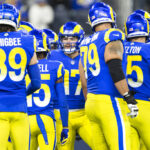 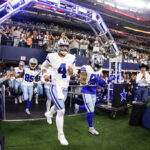