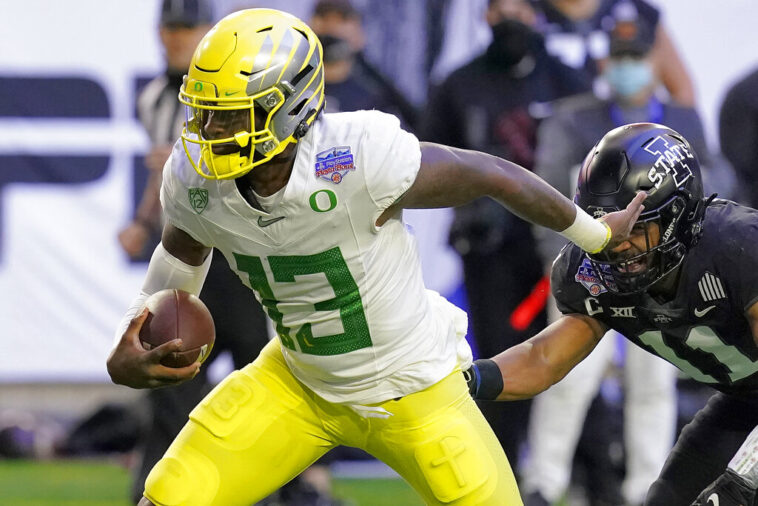 FILE - In this Jan. 2, 2021, file photo, Oregon quarterback Anthony Brown (13) runs for a touchdown as Iowa State defensive back Lawrence White IV (11) defends during the first half of the Fiesta Bowl NCAA college football game in Glendale, Ariz. Brown, a sixth-year senior and the Ducks' presumed starting quarterback, suggested he and the team are stronger after coming together following the delays and cancellations caused by the pandemic in 2020. (AP Photo/Ross D. Franklin, File)
TwitterFacebookLinkedInRedditWhatsApp

The Week 4 of the 2022 college football season will feature many attractive games this Saturday, and one of them will be the Oregon Ducks vs Washington State Cougars game. The NCAA’s start has been intense, and it’s expected to remain so because it’s what gives each of its matches a unique flavor.

This match could be considered one of the most evenly matched games due to the balance between the teams in the first three dates. Although one of these rivals already knows what it’s like to lose, they will try not to lose again in this match.

Today, JefeBet brings you the Oregon vs Washington State predictions, preview and betting odds: all you need for your college football bets.

The Oregon Ducks were able to bounce back after opening the 2022 season with a 49-3 loss to national champion Georgia. They had shown so little on offense that their ability to react was in doubt, but they turned things around with a 70-14 win over the Washington Eagles.

After that big win, the Ducks gained confidence and repeated the feat to defeat Brigham Young by a score of 41-20 last weekend. If the offense performs at this level in this upcoming game, they might win once more.

Betting on the Washington State Cougars

The Washington State Cougars are currently undefeated with three wins in a row. Perhaps their opponents’ level was lower than theirs, but they fought back, at least in the first two games. They started their season by defeating Idaho 24-14, and in a later, closer match, they won by a score of 17-14 against Wisconsin.

Last week, they defeated Colorado State 38-7, and that’s when their offense finally broke out, scoring five touchdowns in the entire game, plus points in every quarter. In this game, they will rely on the offensive order they can put together to come close to winning.

It’s entirely possible that both teams will score touchdowns in this game. Also, it’s possible that we have a high score due to the good work done by both quarterbacks and offenses in general during the season; however, the favorite is undoubtedly Oregon, despite the fact that they lost the only game they played away from home.

Betting odds courtesy of BetMGM and DraftKings, don’t miss out on our reviews! 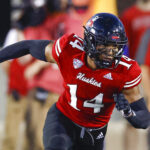 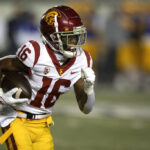