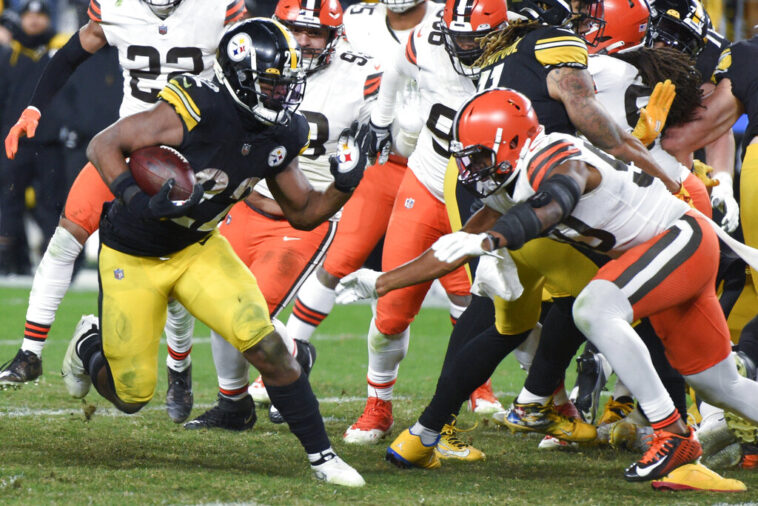 Pittsburgh Steelers running back Najee Harris (22) breaks past Cleveland Browns defensive end Jadeveon Clowney (90) on his way to a touchdown during the second half an NFL football game, Monday, Jan. 3, 2022, in Pittsburgh. The Steelers won 26-14. (AP Photo/Don Wright)
TwitterFacebookLinkedInRedditWhatsApp

The fiercest rivalry in the AFC North is scheduled to have its first battle this coming Thursday when the Steelers vs Browns square off in a matchup of teams looking to clinch the division lead in the NFL.

The Steelers are coming off of a defensive duel against the Patriots with a 17-14 slate, while the Browns were surprised, at home, after a great comeback from the Jets who won 31-30. Without further ado, we bring you the Steelers vs Browns predictions and preview for NFL Week 3.

Read our review of BetMGM here! One of the odds providers for this preview.

Life without Ben Roethlisberger looks like it won’t be easy for the Steelers. While they did pull out a win against the Bengals in Week 1, the offensive figures were quite poor, as they were last weekend against the Patriots.

For the second consecutive week Mitch Trubisky was unable to surpass 200 yards through the air, and barely threw a touchdown. This is undoubtedly something quite troubling for the team, which will now have to face the Browns with the uncertainty of whether to continue trusting their quarterback or give the opportunity to rookie Kenny Pickett, whom the Pittsburgh fans asked for throughout the game.

On the defensive side, the indefinite absence of T.J. Watt didn’t affect the performance of a team that allowed just 17 points and forced one turnover against five in the first week. Furthermore, they only gave up 91 yards on the ground, a very positive number just days before facing the dynamic running back duo of Nick Chubb and Kareem Hunt.

Just as the Browns were savoring their second win of the season, the Jets caught them off guard and, with less than two minutes on the clock, they allowed 14 points that led to a painful loss in front of their home fans.

The offense did its job led by Jacoby Brissett, who threw for 229 yards, a touchdown, and an interception, as well as 43 yards on the ground, but the problem came when having to manage the play clock in the fourth period and giving the Jets extra chances. All in all, 405 total yards is a good omen before facing the mighty Steelers defense.

Defensively, things went well until the final minutes. In the final quarter, the Browns conceded 17 points and two touchdowns out of the four thrown by quarterback Joe Flacco. This Thursday, they will have a great opportunity to redeem themselves against a Pittsburgh offense that doesn’t seem to have the arguments to get on track.

While the Steelers’ offense looks like a real headache, the defense is projected to be one of the most solid in the circuit and looks to be the mainstay of the team throughout the season.

Despite the absence of Deshaun Watson, the Browns’ offense has performed well, but Pittsburgh is 5-1 playing for the spread in its last six games. This is something that could happen again in a matchup that’s expected to be very close in the search for the division leadership. 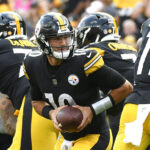 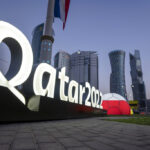