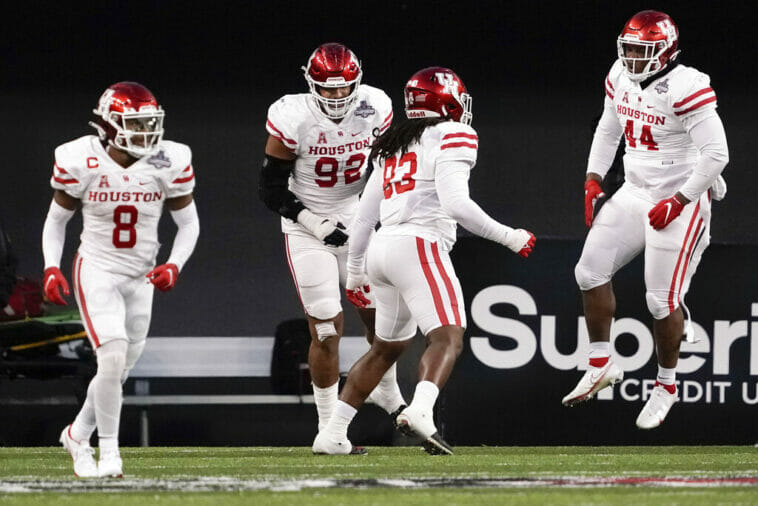 The majority of the NCAA football games for Week 3 are scheduled for Saturday, September 17, including Kansas vs Houston in Texas.

While Kansas comes in with a 2-0 record, the Cougars lost and won in the first two weeks of NCAA action. Today, JefeBet will tell you how both teams are shaping up for the match at TDECU Stadium, and also bring you predictions and odds for the Kansas Jayhawks vs Houston Cougars match.

Predictions and Betting Preview for the Kansas Jayhawks vs Houston Cougars College Football Game on September 17, 2022

The Kansas Jayhawks come into Saturday’s game in great shape, having won their first two games (56-10 over Tennessee Tech and 55-42 over West Virginia) with strong performances from their offensive lines. Jalon Daniels, their star player, has 408 yards passing in two games.

Should they win, they would reach a 3-0 record, something unheard of in recent times for Kansas. To find a similar encouraging start in their history, go all the way back to 2009, when the “KU” won their first five games… but then lost the next seven (an unprecedented 5-7 record).

For their part, the Houston Cougars come into the match having lost 33-30 to the Texas Tech Red Raiders, while in their home game they barely beat the UTSA Roadrunners by two points. Clearly their Head Coach, Dana Holgorsen, has a lot of work to do on defense. Meanwhile, the star player so far this season is Clayton Tune, with 472 yards passing.

Two teams whose strengths and weaknesses are very clear will be facing each other in this match. The Kansas Jayhawks have a strong offensive line, with a total of 460.5 yards, while Houston struggles on defense, allowing 30 points or more per game.

Despite this, we believe that the victory will go to the Houston Cougars. 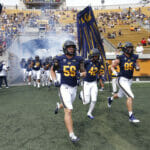 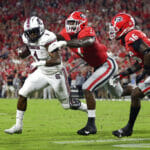