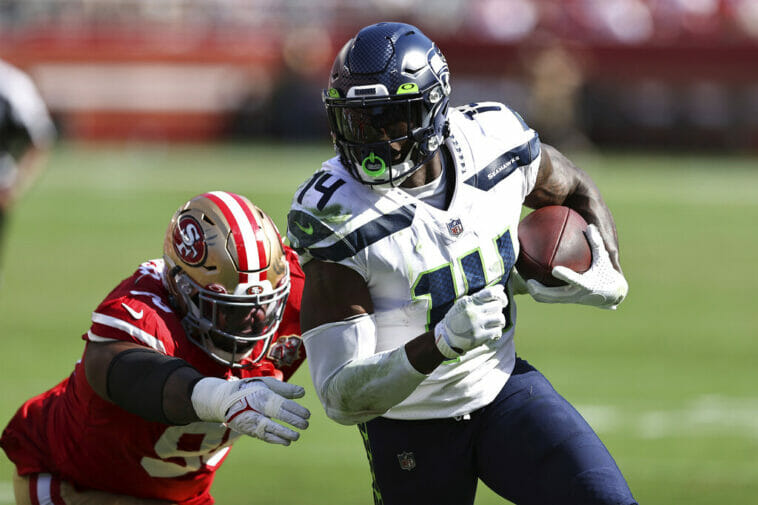 The action of the National Football League never stops, and, in this game, fans will be seeing a team arrive with strong confidence and another one arrive with wounded pride. That’s why Seahawks vs 49ers is a special matchup to pay close attention to on another day of exciting football as the 2022 season moves through Week 2.

JefeBet brings you the best information for NFL games during the regular season, so here we offer you the odds, analysis, and predictions for this must-see encounter between the Seattle Seahawks vs San Francisco 49ers, which is predicted to draw almost 70 thousand people.

It was a glorious opening day of the season for the Seattle Seahawks, who won a tight and important victory over the Denver Broncos 17-16 at Lumen Field, thanks to a brilliant defensive performance.

The new starting quarterback for the Seahawks, Geno Smith, had a good game throwing two touchdown passes, 195 yards and completing 23 of 28 attempts. It was also a special night, as the opposing team featured their former star player and leader, Russell Wilson.

According to recent reports, Seattle will be missing numerous players for the game versus San Francisco. Artie Burns, Damien Lewis, Tyler Ott and Jamal Adams will be absent. On the flip side, Kenneth Walker III, who sat out the opener while recovering from surgery, will be available for Week 2.

The San Francisco 49ers made a loud mistake in the NFL season opener. The Chicago Bears spoiled their new era by intercepting Trey Lance and stopping his offense on multiple occasions to win 19-10. Lance stated that he has a plan to improve in the forthcoming games for San Francisco. Likewise, he did not make excuses for the weather conditions he faced against Chicago

Trey Lance completed 13 of 28 passes for 164 yards and one interception. He also had 13 carries for 54 yards in the game. San Francisco’s only touchdown of the afternoon came on a six-yard carry by Deebo Samuel, who carried the ball eight times for 52 yards. He also caught two passes for 14 yards.

This will be a fresh start for the Californians, who will be without Elijah Mitchell, Daniel Brunskill and George Kittle.

The Seattle Seahawks, fueled by the magnitude of their victory over one of the NFL’s most powerful teams, appear to be strong contenders for all honors, despite the fact that they will be playing on foreign ground. At JefeBet, we believe that the visiting team will face a difficult game, but that they will be able to overcome it and defeat the San Francisco 49ers. 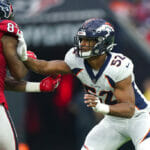