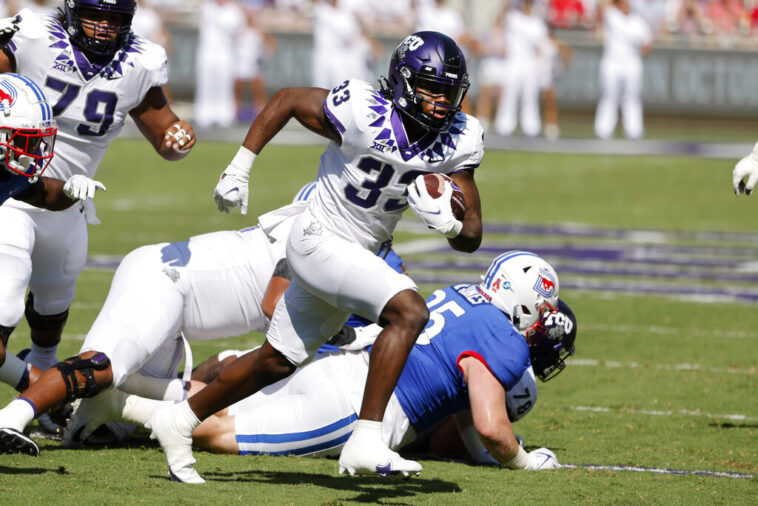 TCU Horned Frogs running back Kendre Miller (33) runs for a touchdown against SMU during the first half of an NCAA college football game in Fort Worth,Texas, Saturday, Sept. 25, 2021. (AP Photo/Michael Ainsworth)
TwitterFacebookLinkedInRedditWhatsApp

The clock is ticking, and we are already into Week 9 of college football activity. This Saturday, October 29, there will also be plenty of games, including TCU vs West Virginia.

We have seen matches of all kinds, regardless of the level of each team. We’ve witnessed players who have made their mark with spectacular performances, or simply balanced teams that have managed to remain undefeated so far. We’ve also seen the resurgence of some teams, and we hope that trend continues.

Today, JefeBet tells you how TCU Horned Frogs vs West Virginia Mountaineers stand heading into this clash. We’ve made sure to include updated information and our own predictions.

TCU Horned Frogs continue to dominate the Big 12 Conference by being the only team to win every game they have played. In their seven wins, they’ve scored more than 30 points, with their offensive line being their strongest point. At the moment, they have 313 points scored, the biggest figure in the conference.

West Virginia Mountaineers plays in the same Big 12 Conference, but their results are nothing like those of their upcoming opponent, as they have four losses in seven games played (the largest defeat record in the conference).

TCU’s outstanding form continues, and although this time they’ll be playing on the road, this match against the weakest opponent in its zone is not a cause for concern. In this way, they are expected to keep their undefeated record and maintain its place in the standings. 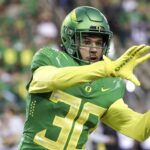 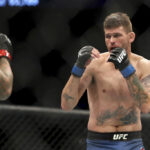