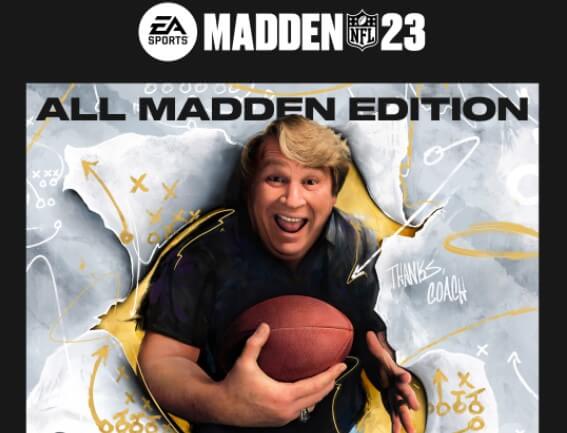 As a posthumous tribute to the legend of American football, John Madden , the EA Sports company revealed this Wednesday that the 2023 edition of the famous video game Madden will have the former coach and announcer on the cover.

The legendary Raiders coach and narrator of the NFL for over 30 years passed away in December 2021 at the age of 85, something that deeply saddened the entire league and football lovers due to the relevance that Madden had for the development of the game.

It was precisely this influence that, on June 1, 1988, led EA Sports to name its famous video game with the surname of the winner of the 1976’s Super Bowl.

To commemorate the life of John Madden, the 2023 edition will feature three covers, all designed by sports culture artist Chuck Styles, who also retouched the famous cover of the first edition from 1988.

“As someone who grew up loving football, playing in the West Philadelphia suburbs, it’s amazing, through my art, to now be able to contribute to the culture of the sport by honoring an icon like John Madden, who has influenced generations of football fans through his passion for football and his unmistakable energy”

This is the first time that John Madden has appeared on one of the video game covers since the 2007 Hall of Fame issue, when he first appeared after a seven-year absence. He had previously appeared on the first 12 covers of the series from 1988 to 2000.

John Madden, an unforgettable figure in the NFL

The announcement of the cover of Madden 23,which will have a second part on Thursday with the official presentation of the game trailer and a third in August with its physical release, filled social networks with emotion with endless comments from people that John Madden helped throughout his career.

Before unexpectedly retiring from coaching at age 42, Madden managed the then-Oakland Raiders from 1969 to 1978, during which time his team led the division seven times and won the Super Bowl in 1976. At the time of his retirement, he left a mark in the regular round of 103-32-7 and the highest winning percentage in league history (.759) among coaches with a minimum of 100 games.

But leaving the field did not keep Madden away from his passion. He went from the gridiron to television, where he established himself, for many, as the best announcer in the history of the NFL. In more than 30 years doing the job, he covered 11 Super Bowls for four different television networks between 1979 and 2009, won 16 Emmys as best TV sports personality and analyst, and was inducted into the NFL Hall of Fame in 2006. 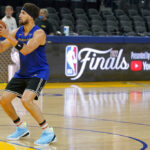 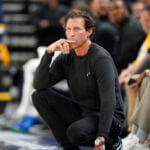