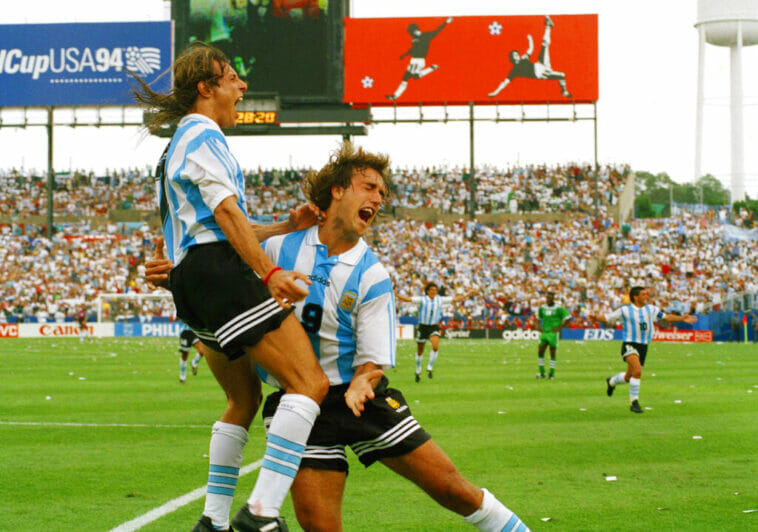 Throughout history, Latin soccer players have managed to cross borders, carrying their skill to all corners of the globe. Undoubtedly, the best place for a player to stand out and get noticed is the World Cup, the top national team tournament organized by FIFA.

It is not enough just to appear in the call-up list of a National Team; the most important thing is always the performance of the players, and in many occasions great performances go hand in hand with goals.

In the history books of the World Cup, there are several Latin footballers who have managed to shine with their goals. Here, at JefeBet, we present you the top 5 Latin scorers in World Cup history. It is important to note that none of those on this list will be active in Qatar 2022.

Argentine Gabriel Omar Batistuta participated in the 1994, 1998 and 2002 editions of the World Cup. Despite the fact that 20 years have passed since his last World Cup, his record continues to place him as the top Latin player with the most goals in World Cups. He played 12 games and scored 10 goals, averaging 0.83 goals per game.

“Batigol” scored four goals at USA 1994, five at France 1998 and one more at Korea-Japan 2002. He is the second-highest scorer in the history of the Argentine National Team with 56 goals in 77 games.

Peruvian midfielder Teófilo Cubillas, also known as “Nene”, is a historic member of his country’s national team, as he scored a significant number of goals during his active time in football without being a striker. He played at the World Cups in Mexico 1970, Argentina 1978, and Spain 1982, scoring 10 goals in 13 games and averaging 0.77 goals per game.

He only scored in the first two World Cups he played, five goals per edition. He is the third-highest scorer of the Peruvian National Team, with 26 goals in 81 matches.

Argentine striker Guillermo Stábile was part of the Albiceleste delegation that participated in the first World Cup in Uruguay in 1930. He immediately earned a place in the history of the World Cup, as he became the top scorer of that tournament, with a total of eight goals in four games, averaging 2.0 goals per game. To date, he is the Latin player with the best goal-scoring average in the World Cups.

Stábile astounded the world in 1930, but this edition was both his debut and his departure, as those eight goals were his only ones while wearing the Albiceleste jersey.

Uruguayan striker Óscar Omar Míguez was part of his national team between 1950 and 1959, and played in the World Cup editions of Brazil 1950 and Switzerland 1954, being part of the team that surprised the world in the well-remembered Maracanazo. In his first World Cup, he scored five goals in four games, while in his second one he scored three goals in three games. In total, he scored eight goals in seven matches, averaging 1.14 goals per World Cup match.

Over time, he has fallen from the top spots of the Uruguayan National Team’s scoring charts, but he is part of the top 10 with 18 goals in 26 games played.

Diego Armando Maradona could not be left out of this record, as he is a historic figure in soccer worldwide, not only for his performances with the Argentine National Team, but also for his records at club level. He is part of this list of Latin players with the most goals scored in World Cups, after registering eight goals in 21 matches in the editions of Spain 1982, Mexico 1986, Italy 1990 and the United States 1994.

His goal average is the lowest of all the players mentioned in this article, with 0.38 goals per game. Maradona is the Albiceleste ‘s fifth top scorer with 32 goals in 87 games played. 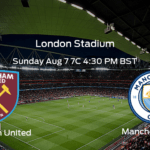 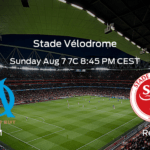