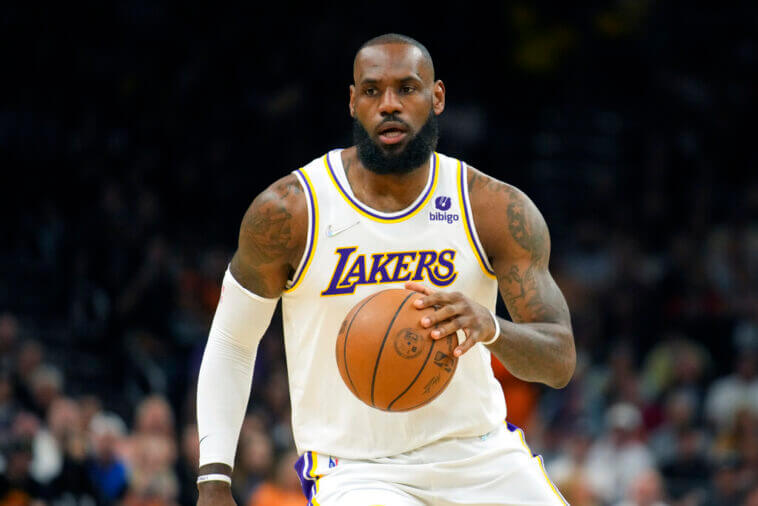 FILE -Los Angeles Lakers forward LeBron James (6) during the first half of an NBA basketball game against the Phoenix Suns, Sunday, Jan. 13, 2022, in Phoenix. LeBron James and Naomi Osaka are becoming teammates in the entertainment world. Tennis star Osaka and her agent and business partner, Stuart Duguid, are forming a media company called Hana Kuma in partnership with The SpringHill Company, which was created by NBA star James and Maverick Carter, Tuesday, June 21, 2022. (AP Photo/Rick Scuteri, File)
TwitterFacebookLinkedInRedditWhatsApp

The city of Los Angeles today breathes a little more tranquility after details emerged of the first talks between Lebron James and the Lakers to negotiate a contract extension.

According to ESPN’s Dave McMenamin, a meeting was held on Thursday between James, his agent Rich Paul and Rob Pelinka, vice president of basketball operations and general manager of the California organization, to discuss the matter.

The journalist added that he had conversations with Paul and he emphasized that the meeting was quite “productive” and that both parties would continue to negotiate in order to reach a new agreement.

After arriving in the 2018-19 campaign with the Lakers, 38-year-old Lebron James will become an unrestricted free agent next summer if a deal is not reached between now and June 30, 2023.

Also, according to the NBA’s collective bargaining agreement, James will not be able to negotiate an extension for more than two seasons, a rule stipulated for players 38 years of age or older.

The four-time league MVP could not negotiate any extension before Thursday at midnight and will be eligible for, at most, USD 47 million for one season or USD 97.1 million for two seasons.

Considered one of the greatest players in history, James led the Lakers to the title in the 2019-20 campaign, the same one that was played under strict COVID-19 protocols, and ended a nine-season title-less drought for one of the two most decorated organizations in league history.

In the same report, Dave McMenamin added that one of the possibilities is that Lebron James will sign for one season in order to have the opportunity to fulfill his dream of playing alongside his son Bronny, who will be eligible for the 2024 NBA Draft.

James could consider a player option for 2024-25 with a mission to try to go to the organization that takes his firstborn before he retires as an active player.

It is also expected that the 18-time All-Star Game participant will consider retiring in Cleveland, the city of his birth state, where he made his NBA debut and to which he has not closed the door in previous interviews. 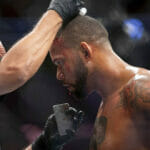 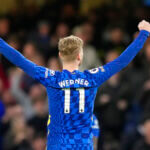