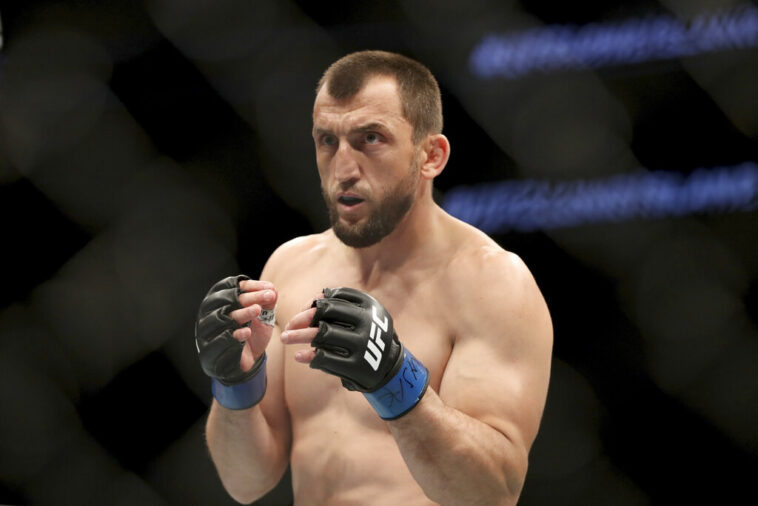 Las Vegas is once again the epicenter of UFC Fight Night 215 with some of the best exponents of mixed martial arts. On November 19 at UFC Apex, Andre Fialho vs Muslim Salikhov will be one of six fights on the welterweight main card, with heavyweights Derrick Lewis and Sergey Spivac facing off in the main bout at UFC Apex.

Salikhov is ten years older than Fialho, and there are many other aspects to take into account when making a prediction of this attractive clash.

So here at JefeBet you can find the odds and predictions on the welterweight fight featuring Andre Fialho vs Muslim Salikhov.

Andre Fialho has lacked consistency since joining the UFC ranks earlier this year. The 28-year-old fighter is 2-2 under the promotional banner and was brutally knocked out by Jake Matthews last time out in June. Born in Portugal, he is a very dangerous fighter, having won 13 of his 16 victories by KO (plus one by submission).

His arrival in the UFC came only this year, and it wasn’t easy for him. He started with a loss to Brazilian Michel Pereira and then found two convincing victories, against Miguel Baeza and Cameron van Camp. But the aforementioned loss to Matthews sowed doubts about his current situation.

Muslim Salikhov is coming off a TKO loss to Jingliang Li in July. The loss ended his five-fight winning streak; however, the Dagestani is expected to win again in his next bout.

The experienced fighter, nicknamed King of Kung Fu, has been in the UFC for five years, where he has five wins and two losses. Salikhov knows that after the fiasco of losing to Jingliang Li, he will need a few wins to get back in line for a title shot.

Although he fell in his last outing, Muslim Salikhov is a warrior who can bring his greater experience and knowledge of the octagon to bear. He should not be overconfident, as Fialho is a consummate knockout, butat JefeBet we believe that the Dagestani will take the victory resoundingly.