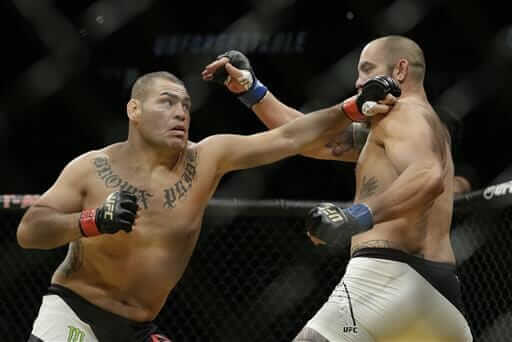 In recent years, Mixed Martial Arts has been gaining ground, and sometimes, overshadowing boxing. This is related, in part, to the performance of Latino UFC fighters that have scored memorable victories.

Here is a list of 5 Best Latino fighters, who have won world championships in Dana White’s company.

Cain Velasquez was one of the first Latin fighters to become a star in the UFC, after winning the heavyweight championship in 2010 and 2012.

Velasquez is American of Mexican parents, who has retired from the Mixed Martial Arts with a record of 14 wins and 3 losses.

Since 2018, the strongly-built man has been part of the professional wrestling world, including, of course, the prestigious WWE of the United States, in addition to making appearances with Mexico’s AAA Worldwide.

Frank Shamrock was a very successful professional wrestler, and he even became the only fighter to win a world title in four different companies: Pancrase, UFC, WEC and Strikeforce.

The man was born in California of Mexican parents, and received the nickname of “The Legend” in the world of Mixed Martial Arts. One of his most memorable victories, when in middleweight, is the one he achieved against Kevin Jackson.

Shamrock retired from the UFC in 2009 after suffering a loss by technical knockout to Nick Diaz.

Tito Ortiz has been a part of the UFC Hall of Fame since 2012, which speaks volumes about the career he had in the company, especially for his victories over some other fighter like Wanderlei Silva and Vitor Belfort.

The Mexican-American fighter began working with Bellator MMA after his departure from the UFC, where he had a total of 19 wins in 32 fights.

Among his accomplishments, there is when he became the light heavyweight champion of the world.

He belongs to a select group of fighters who have won lightweight championships in UFC and Bellator MMA.

Eddie, an American of Mexican parents remains active and is currently working in the ONE Championship company, where he has already shown his skills against big rivals.

Alvarez last fought in UFC in 2018 when he was defeated by Dustin Poirier, who recently took out Conor McGregor for the second time.

Carlos Condit is a retired fighter who achieved a remarkable UFC career, although his last fight, on July 10, 2021 ended in defeat in the event of Dustin Poirier vs. Conor McGregor.

After a long career in the mixed martial arts company, Condit has achieved 32 wins and 14 losses.

The 37-year-old with Mexican roots reached his peak in the UFC when he became the welterweight champion.

Those were 5 cases of U.S. wrestlers of Mexican parents who have become famous worldwide for their fights in the most important events of a company.

Despite being a sport with a lot of physical contact, Mixed Martial Arts is widely followed around the world, mainly in the United States, which is where the most important events are held. However, the UFC takes being a global sport very seriously, and, for that reason, it is also common to see world champions from different countries.

Brandon Moreno is one of the UFC’s Latin fighters currently at the top in this exciting sport. 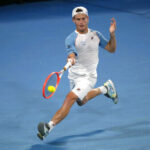 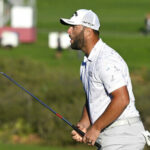