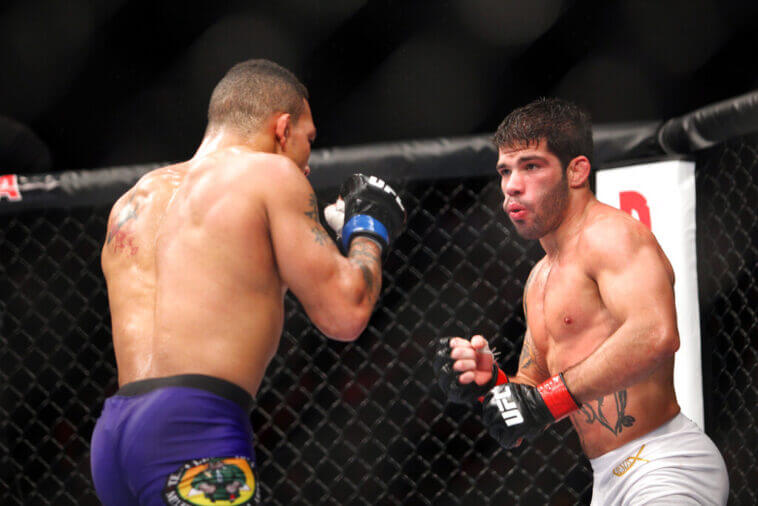 Raphael Assuncao, right, in action against Mike Easton during a mixed martial arts bout at a UFC on FOX event in Seattle, Saturday, Dec. 8, 2012. Assuncao won via a 3-round unanimous decision. (AP Photo/Gregory Payan)
TwitterFacebookLinkedInRedditWhatsApp

Just as it was the epicenter of boxing for a long time, Las Vegas now wants to be the true epicenter of mixed martial arts. Sin City will host a new edition of the UFC Fight Night, where in addition to the main event, there will be a tasty menu of preliminary fights, including the bantamweight Raphael Assuncao vs Victor Henry bout on Saturday, October 15 at UFC Apex.

At JefeBet, we bring you the betting recommendations and all the information you need to know to enjoy the fight featuring Raphael Assuncao vs Victor Henry, along with the predictions and betting preview of the event.

By the end of 2021, many considered Raphael Assunção‘s career to be over. However, the Brazilian martial artist made it very clear that at the age of 40 he still has a lot to give.

I have three more fights left on my contract, so it’s very hard to put it into words and put it into perspective. But I just feel good.

However, his reality cannot be overlooked: he has lost his last four fights, three of them before the limit: two in 2019, one in 2020, and the remaining one in December 2021, against Ricky Simon. Therefore, he knows that now is the time to reverse this and leave a better image at the end of his career.

At 35 years old, American Victor Henry has a long history in the octagon, but he only arrived in the UFC universe last January, when he was part of the Ngannou vs Gane card. There, he defeated Raoni Barcelos by unanimous decision and made his debut in the bantamweight category, where he will now have a new test against another Brazilian, the experienced Raphael Assunção.

Nicknamed The Mongoose, Henry was not submitted or knocked out in any of his five defeats, which gives great credit to his stamina. In addition, 14 of the 22 victories were before the limit: 6 by KO and 8 by submission.

It is clear that something very surprising would have to happen for Raphael Assunção to win this Raphael Assuncao vs Victor Henry, as he is in the final stage of his career, and is going downhill. Henry, on the other hand, arrives at this bout in a great moment and will surely use his greater freshness to win before the cards come in. 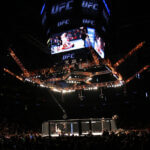 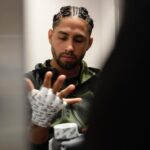