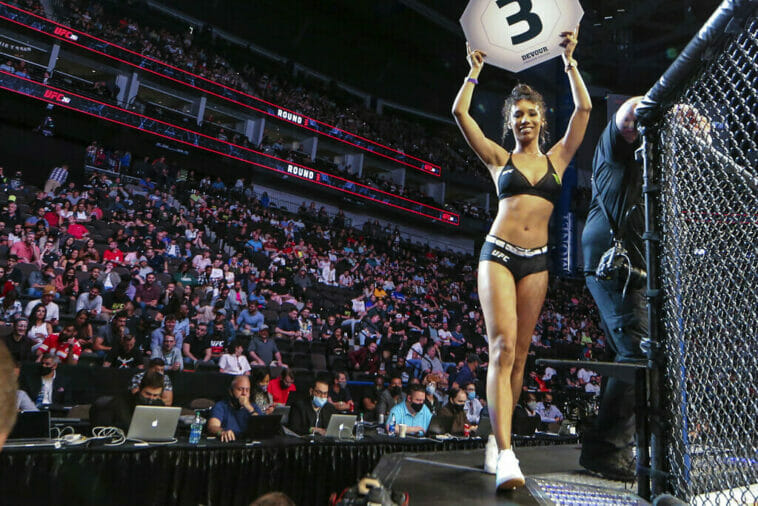 Octagon Girl Brookliyn walks with the crowd behind her during a UFC 261 mixed martial arts event, Saturday, April 24, 2021, in Jacksonville, Fla. It is the first UFC event since the onset of the COVID-19 pandemic to feature a full crowd in attendance. (AP Photo/Gary McCullough)
TwitterFacebookLinkedInRedditWhatsApp

The UFC Apex in Enterprise, Nevada, will once again host a new UFC Vegas 60 or UFC Fight Night event. The main bout of the night is Cory Sandhagen vs Song Yadong, who will be joined by many other fights to keep the night of Saturday, September 17 exciting.

Do you want to know our predictions for the fights scheduled for the evening? Stay with us at JefeBet and discover our picks for each of the bouts, as we take a brief look at each of them.

The night’s headline fight will feature Sandhagen and Yadong, and will pit two fighters coming off contrasting performances. Sandhagen has lost three of his last five fights, while Yadong has won three in a row, most recently by knockout.

However, we think Sandhagen can bounce back tonight after losing by decision to Petr Yan in his last appearance, as the other two losses in that bad stretch in his career were to the two best fighters in the division. Beyond that, Yadong is a legendary fighter for the Eastern side of the sport. This is definitely a fight worthy of being the main event.

This will be a clash between two fighters with brief but successful UFC careers.

Njokuani is a 33-year-old veteran who has fought only twice in the UFC so far, but won both times by knockout and earned “Performance of the Night” recognition both times. For his part, Rodrigues has fought four times in the UFC in his career, and has won three times, twice by knockout.

This will be the most exciting fight of the night: anything can happen, and any mistake can be risky, but we’ll stick with Gregory Rodrigues for this one.

Andre Fili’s life hasn’t been all good in the UFC, and while he has an overall career record of 21-9-1, his UFC record is just 9-8-1, and includes three consecutive losses prior to this fight.

Bill Algeo, his opponent for tonight, has an even record in the UFC with three wins and two losses, but unlike Fili, whose last win was more than two years ago, Algeo managed to win in his last appearance by knocking out Herbert Burns, so we believe he comes in at a better time.

Alen Amedovski is another fighter who has struggled to adjust. He had an 8-0 record before joining the UFC, with all of his victories coming by knockout, but has since lost all three of his fights in a row.

As a result, Pyfer is a heavy favorite, and we believe he will walk away with a comfortable win in what will be his first UFC fight after earning a contract following his Week 1 victory at the Dana White Contender Series 2022.

Tanner Boser has a 4-3 record in his UFC career, with two of his three losses being to opponents much taller and heavier than him such as Cyril Gane and Andrei Arlovski.

This time, he’ll face an opponent with a similar physical build to his: Rodrigo Nascimento, who hasn’t fought since 2021 after the first bout between the two fighters was cancelled earlier this year.

Considering that his opponent is physically similar to him this time, we believe Boser can get a three-peat.

Marc-André Barriault has won three of his last four fights, including one this year against Jordan Wright, after starting his UFC career with three straight losses.

Anthony Hernandez is also having a good time, having won two straight fights prior to this one. Although he is the favorite, we believe the Canadian has the resources to defeat him and pull an upset. 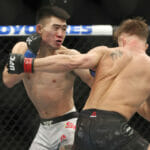 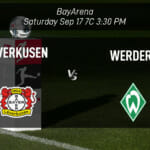