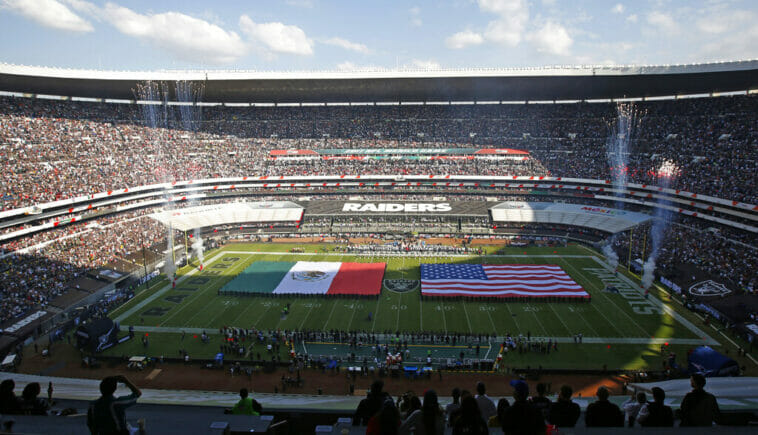 FILE - In this Nov. 19, 2017 file photo, the U.S. and Mexican national flags are displayed at the Azteca stadium prior to the start of an NFL football game, in Mexico City. The league returns to Mexico in November 2019, after last season's Chiefs-Rams game was moved to Los Angeles because of poor field conditions at Azteca Stadium. (AP Photo/Dario Lopez-Mills, File)
TwitterFacebookLinkedInRedditWhatsApp

Although American Football is a sport born in the United States, it’s becoming increasingly popular in Latin America. In fact, one of the Latin countries with the most fans of this sport is Mexico, and for this reason, the NFL has taken on the task of bringing fans closer to their favorite teams by offering games in the Aztec capital.

The passion for American football has crossed borders and just as there have been games in Mexico, England has become a second home for the NFL. However, the first official NFL game played abroad took place in Mexico in the 2005 season. Since then, the Estadio Azteca has hosted four NFL regular season clashes.

Here at JefeBet we tell you what those four matchups were.

4 Official NFL Games Have Been Played in Mexico

On October 2, 2005, the Arizona Cardinals and the San Francisco 49ers faced each other in the first official NFL duel played on Mexican soil, in front of nearly 100,000 spectators. It was an entertaining game, but the Cardinals were undoubtedly the best on the field, winning by a score of 31-14. The 49ers only scored points in the first quarter.

After testing with Mexican fans, the NFL decided to bring at least one game to England every year since 2007. It was definitely a success to bring this show to the other side of the world, but after 11 years of absence, it was announced that the NFL would return to Mexico in 2016.

On November 21, 2016, the Oakland Raiders and the Houston Texans took the field at Estadio Azteca for the Week 11 regular season matchup. These franchises put on a great show, but the victory was in favor of the Raiders by 27-20.

The following season, Mexico was once again included as the site for one of the games, and the Oakland Raiders repeated as guests, but this time their opponent was the New England Patriots. On November 19, 2017, the magic of Tom Brady and the Patriots came to Mexico City. The score was a crushing 33-8 in favor of the New Englanders, who dominated from start to finish.

Patrick Mahomes’ Chiefs took the 24-17 victory in what is the last NFL game ever played in Mexico.

The beginning of the history between Mexico and the NFL dates back to 1978 when the first unofficial game was played here between the Eagles and the Saints. Since then, seven preseason games have been played on Mexican soil.

On November 21, Arizona Cardinals and San Francisco 49ers will face each other on Monday Night Football Week 11 at Estadio Azteca.

This will be the fifth NFL game played in Mexico and a full house is expected, as has been the case with all the games to date. 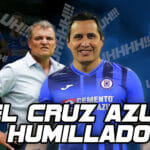 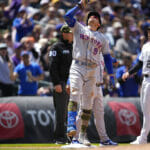