There are already dates set for the Qatar 2022 Playoffs, where Costa Rica will seek the last place to attend the World Cup to be held in November and December of this year.

The last three tickets for this year’s World Cup will be defined in the Qatar 2022 playoff stage. Costa Rica is the Concacaf representative team that failed to earn a direct ticket to the tournament, and will have another opportunity to do so when it faces New Zealand, the representative of the Oceania Confederation, in this stage.

On the CONCACAF side, Canada, Mexico and the United States earned direct berths to the Qatar 2022 World Cup. Costa Rica finished fourth in the CONCACAF qualifiers with 25 points, the same as the Stars and Stripes team, but will have to participate in the playoffs due to goal difference.

When will the Qatar 2022 playoff between Costa Rica and New Zealand take place?

It is important to remember that on this occasion the playoff will be a single match on neutral territory, as FIFA has decided.

Following the draw on April 1 in Qatar, the tentative dates for the playoff matches were June 13 or 14. After 20 days, the date for the matchup between Costa Rica and New Zealand has finally been set.

The official Twitter account of the New Zealand national team posted an image promoting the date and venue of their match against the CONCACAF representative in the Qatar 2022 playoff.

The Oceania Confederation has only half a ticket to the World Cup, and New Zealand won it by defeating the Solomon Islands in the final of the tournament.

Only one of the two will be able to participate in the World Cup. The place reserved for the winner of this match will be in Group E, where Germany, Spain and Japan are already waiting.

The Qatar 2022 World Cup will begin with the group stage on November 21 and will close with the grand final on December 18. 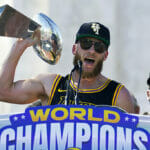 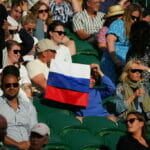