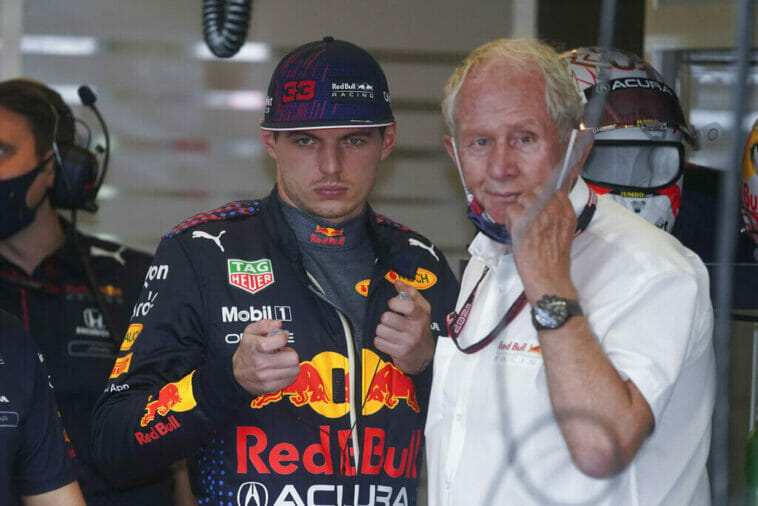 Red Bull driver Max Verstappen of the Netherlands looks at his car after he withdrew from the Australian Formula One Grand Prix in Melbourne, Australia, Sunday, April 10, 2022. (AP Photo/Asanka Brendon Ratnayake)
TwitterFacebookLinkedInRedditWhatsApp

Champion Max Verstappen has had a rather rocky start to the season, but that hasn’t caused his team to lose confidence in him.

Looking ahead to the start of the 2022 Formula 1 season, everything pointed to Red Bull Racing — and especially Max Verstappen — maintaining the level shown in 2021, as during the preseason they were having good records.

The same happened in the first race at the Bahrain GP, as both Max Verstappen and his teammate Sergio “Checo” Perez both clocked good lap times and in qualifying as they placed second and fourth, respectively.

Problems arose later, however, when the Austrian team’s two drivers were forced to retire a few laps from the end of the race due to car problems.

The Dutchman, reigning world champion, has suffered two retirements in three races this F1 season, at the Bahrain GP and the Australian GP, and he won the Saudi Arabian GP.

Recently, Helmut Marko, advisor to Red Bull Racing, spoke about the situation Verstappen is going through and admitted it could be “a time bomb” if they don’t get back to winning ways soon.

“With the set-up of the car, you sometimes lack the confidence to maintain his [Verstappen’s] extreme driving style. You can see that this makes Checo [Pérez] closer to him than in the past. If we don’t win again soon, then he is indeed a time bomb!” he commented in an interview with Austria’s ORF. Marko confessed that after the abandonment in the Australian GP, he saw Max Verstappen calmer, in contrast to what happened in Bahrain: “He is a lot calmer. After his retirement, he returned to the pit box and we discussed things calmly.”

Helmut Marko Has a Different View of Reality Than Max Verstappen

In another interview with F1 Insider, the Austrian team’s advisor showed his confidence in Verstappen and said that, although the Dutch driver has stated that he sees no chance of winning the championship this season, for him it is still an option.

He even dared to make a comparison with the past, when German Sebastian Vettel was at Red Bull: “With Sebastian Vettel we were already 44 points behind at the halfway point of the season and we won. Even then we won against Ferrari.”

Marko looks optimistic, even though Pérez and Verstappen are fourth and sixth, respectively, in the Drivers’ Championship, while Red Bull is third in the Constructors’ Championship. 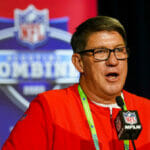 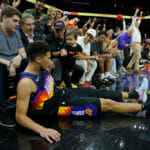