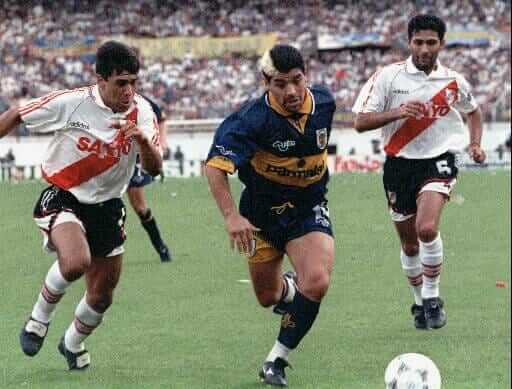 All sports, whether team or individual, generate rivalries, and soccer is no exception, especially when it comes to the most famous derbies, and especially in a land as passionate as Latin America. Throughout history, we have heard of many matches that have turned into real battles on the field because more than defending their colors, the players are defending their own pride or that of the institution they represent.

However, this is not limited to what happens on the field, but these rivalries transcend and for 90 minutes families forget their relationship and friends become enemies, all thanks to the passion that soccer provoke.

Which are the most famous derbies in Latin American soccer?

This Latin American classic is the best known worldwide and is one of the most famous classics in the world due to the fact that in Argentina people love soccer more than anything else, and the fans have an inordinate passion for their teams. This rivalry was born at the beginning of the 20th century, since both teams were based in the same neighborhood: La Boca.

On December 23, 1928, Boca had the luxury of beating River by a score of 6-0 and to date this is the record for the biggest win in the Argentine Derby. The first derby in the professional era was on September 20, 1931, on the Matchday 17 of the First Division tournament and the final score was a 1-1 draw.

Both clubs are recognized as the biggest and most popular in Argentine soccer thanks to their history and titles. Boca has 71 titles, 49 domestic and 22 international, and River has 69, of which 51 are domestic and 18 international.

The Uruguayan soccer classic between Nacional and Peñarol is more than 120 years old.

Peñarol had another name when it was founded in 1891, The Central Uruguay Railway Ltd (CURCC), the name was in English because it was founded by English immigrants who came to settle in this South American country. It quickly gained popularity, but eight years later the competition, Club Nacional, emerged.

The emergence of Nacional, as the name already warned, sought to count on local talent, since at that time most of the clubs were made up of foreigners.

The first match between CURCC and Nacional took place on July 15, 1900, where the “carbonero” won by a score of 0-2. In 1913 the history of CURCC changed and became Club Atletico Peñarol, as it kept the colors, the fans did not show any rejection.

The first classic between Nacional and Peñarol took place on December 14, 1913, and the result was a 2-2 draw. They have played 559 matches throughout history and Peñarol has a slight advantage with 196 wins to Nacional’s 178, while the remaining 179 were draws. Of the total number of classics, six were annulled.

This is one of the biggest rivalries in Brazilian football. It is known as the “Derby Paulista”, as they are the most popular teams in Sao Paulo, Brazil. It was played for the first time on May 6, 1917, and the score was 3-0 in favor of Palestra Italia, the name by which Palmeiras was known until 1942.

They have faced each other in state, national and international championships and have played a total of 368 times against each other. Although the difference is small, Palmeiras leads the record with 130 victories to Corinthians’s 129; the other 112 matches ended in draws.

This classic has 87 years of history. It was played for the first time on June 9, 1935 and at that time, Colo Colo won by a score of 3-2. Colo Colo and Universidad de Chile are the most popular teams in Chilean soccer, and also the most winning teams in the First Division.

The biggest win in this type of confrontation belongs to Colo Colo, which won 6-0 on August 7, 1938. These teams have met in 109 first division matches, of which 87 have been victories for El Cacique, while La U has 48 wins. They finished tied on 55 occasions. 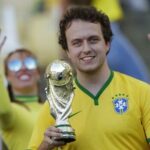 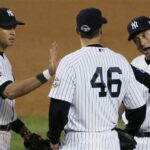