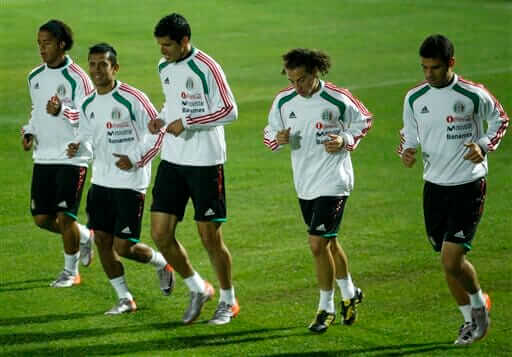 Playing with the national team of your country must be the greatest achievement for a professional soccer player. Beyond the teams with which they play the collective and the individual titles, the national team has always been the dream that many players have had since they were children, and that only a few have managed to realize.

Those who have had that privilege surely fondly remember their first call-up and the first match they got to play wearing the green jersey, as well as the good and bad moments they lived along the national team.

Getting a place in the national team and keeping it requires a lot of discipline and commitment, something that not everyone has to deal with, and that is why there are only a few who have more than 100 appearances with their national team’s jersey.

In the specific case of the Mexican National Team, there is only one player with the highest number of games played (177), a record set in 2007 that could soon be broken. Find out who are the “Tri” players with the most international appearances.

The Pumas’ defender played with the Mexican National Team between 1992 and 2007, and he holds the record for most appearances in the “Tri” with 177 games played. He also played for Chivas and Tigres, and with Chivas USA in MLS. Suárez participated in three World Cups: United States 1994, France 1998 and Germany 2006. Despite his position on the field, he became known as an attacking player, and he managed to score two goals in the World Cup qualifiers and four more in friendly matches. He was a three-time Gold Cup champion (1993, 1996 and 1998) and also won the 1999 Confederations Cup.

The Guadalajara native, who was a member of the Atlas Rojinegros team, is the active player with the most games played with the Mexican National Team (166), and who could equal Claudio Suárez’s record before the end of his career. In 2005, at only 19 years of age, he made his debut with the “Tricolor” after having dazzled with his talent in the league. The following year, he participated in his first World Cup, Germany 2006. So far he has played in four World Cups: Germany 2006, South Africa 2010, Brazil 2014 and Russia 2018, participating in four matches and scoring one goal. Currently, the captain of the Mexican National Team plays in the Spanish League with Real Betis.

Rafael Márquez made his name as a central defender with Atlas de Guadalajara, where he made his debut in 1996. He was part of the rojinegro squad that played the first final in short tournaments in the 1999 Torneo Verano, which Atlas ended up losing to Toluca in the penalty stage. His leadership, strength and tenacity led him to the Mexican National Team at the age of 17, and he achieved a 21-year career with the green jersey. He has played 148 games for the Mexican National Team, and he is part of a select group of four players who have played in five World Cups so far: Antonio Carbajal (Mexico), Lothar Matthaus (Germany), Gianluigi Buffon (Italy) and Rafael Márquez.

What is the Top 10 players with the most games in the Mexican National Team?

Top 10 playes with the most games with the Mexican team The other players are: Pável Pardo with 146 matches, Gerardo Torrado with 146, Jorge Campos with 130, Carlos Salcido with 124, Ramón Ramírez with 121, Cuauhtémoc Blanco with 120, and the still active, Héctor Moreno and Guillermo Ochoa with 113 each, a number that can still increase. 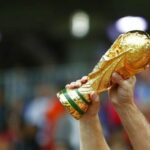 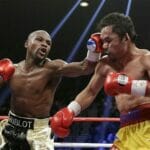