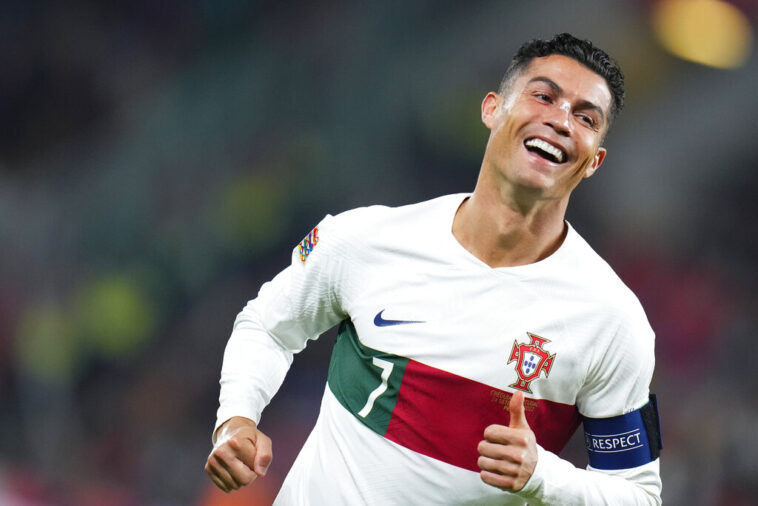 We are a few hours away to the beginning of the ultimate competition that all soccer fans are waiting for, the Qatar 2022 World Cup. In this 22nd edition of the greatest event of this sport, you will be able to bet live and place future bets on your favorite team like never before. That is why we put together this 2022 World Cup betting report that you can’t miss.

At JefeBet we will tell you the predictions, odds and who are the favorites to win the Qatar 2022 World Cup, including sleepers and underdogs. Valuable information to add to your analysis before betting!

For the first time ever, a full World Cup will be held in the Middle East, an exotic land for soccer, but one that will undoubtedly host a memorable competition.

It is likely to be the last one for figures that marked this century, such as Lionel Messi or Cristiano Ronaldo, but also for other great figures such as Uruguay’s Luis Suárez and Edinson Cavani, as well as Ballon d’Or winners Luka Modric and Karim Benzema.

Below you will find the favorites to win the Qatar 2022 World Cup, as well as the sleepers and underdogs with their respective odds, all provided by DraftKings.

It is the only team to have won five World Cups, and comes into this edition having qualified as the leader and undefeated in the South American qualifiers. It was also runner-up in the Copa América, and counts on such brilliant players as Neymar Jr (PSG), Rafinha (FC Barcelona), Antony (Manchester United) and Vinicius JR (Real Madrid).

Is their sixth World Cup coming? Brazil is in Group G with Serbia, Switzerland and Cameroon, and for DraftKings is the top candidate to win the title.

Lionel Scaloni’s national team(in Group C with Mexico, Poland and Saudi Arabia) arrives at the World Cup as Copa América champions and with an undefeated record of 36 matches, one less than the record held by Italy, which will not be playing in Qatar.

With 35 years on his back, Messi hinted that this could be his last World Cup. Will he be the one to give Argentina its third World Cup? For DraftKings, it is a definite possibility, which is why it places it as the second contender for the title.

They are the reigning world champions, and in recent days they have suffered a number of major injuries that have disrupted the plans of coach Didier Deschamps ahead of their debut against Australia in Group D, which also includes Denmark and Tunisia.

Paul Pogba, N’Golo Kanté, Christopher Nkunku and Presnel Kimpembe are confirmed absentees, and it remains to be seen what will happen to Olivier Giroud and Benzema himself, who are suffering from discomfort and today trained separately from the rest of the squad.

For all these reasons, it is not surprising that in the last few hours France has dropped in DraftKings‘ rankings, which place it as the third favorite for the title.

Luis Enrique, coach of La “Furia Roja”, has in his squad experienced players and several young players that make up a very balanced team. Offensive, like few others, it is ranked by DraftKings as the fourth candidate to win its second World Cup. It is part of Group E, with Costa Rica, Japan and the always fearsome Germany.

They have not won anything since 1966, they seem to have a curse, and live with the contradiction of being the last runners-up of the European Championship and having been relegated to the second division of the Nations League. They are in Group B of Qatar 2022 along with Iran, the United States and their neighbors Wales.

Will this be England’s year? For the time being, it has a squad with many good players at their prime. And that’s not something to ignore in a dynamic event like the World Cup.

Incredibly, the last World Cup runner-up is not even among the top 10 candidates to win the Qatar 2022 World Cup, something that explains such a high odd. Although there has been a change of players with respect to Russia 2018, it maintains a base with players of great hierarchy, led by Luka Modric.

If you bet $100 on Croatia as World Champion at DraftKings and guess right, you will receive $5,100!

In recent hours, the Portuguese team has been in the news due to internal conflicts in the locker room involving its top star: Cristiano Ronaldo. 2022 is clearly not a good year for CR7. Can he turn it around by lifting Portugal’s first World Cup?

It is the last World Cup for a generation of stars who play incredibly good soccer. But in this sport, it’s not enough to be flashy, which is why DraftKings ranks Belgium as the 9th candidate to lift the most coveted trophy.

You can find here our complete list of sleepers or surprise candidates to win the Qatar 2022 World Cup.

A national team from a country with barely three million inhabitants, but that always produces good players to nurture the best leagues on the planet. It will be the last World Cup for the Suárez-Cavani duo, but behind them there is an exquisite group distributed on the field. Good build up play and grit, essential qualities to become a world champion!

They haven’t qualified for a World Cup since 1958, but led by Gareth Bale and Aaron Ramsey they can make a splash at Qatar 2022, and in this case it may be worth investing just $100 for Wales on DraftKings as you could get $20,100 return!

Now it is! With this information in hand, you can start betting on the winner of the Qatar 2022 World Cup. But you can place other types of bets, that’s why at JefeBet we put together a World Cup Betting Guide, so you know where and how to bet your money. 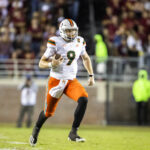 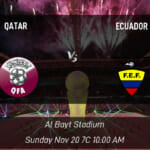