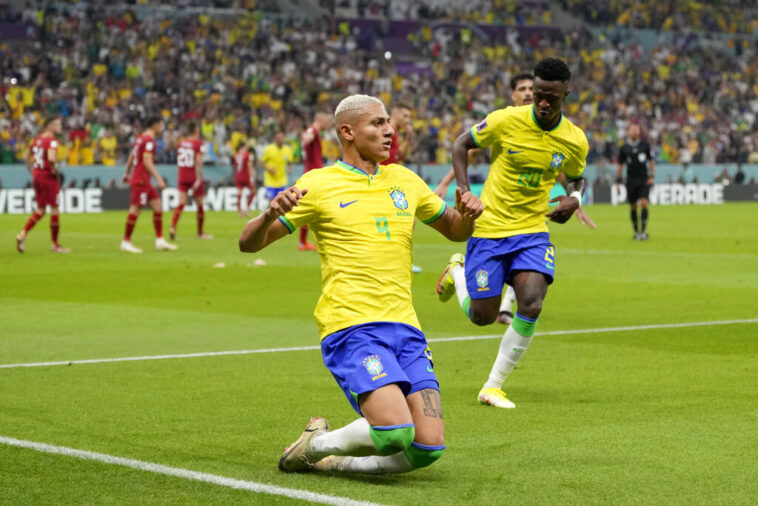 Next Monday’s match between Brazil vs Switzerland, both teams from Group G of the 2022 World Cup Qatar, may be the final opportunity to qualify for the second round of the competition.

The Canarinha are coming off a 2-0 win over Serbia in their first match, while the Europeans edged out Cameroon 1-0. At JefeBet we bring you the best preview of the interesting match between Brazil vs Switzerland.

Brazil made a strong start to its World Cup 2022 campaign in Qatar with a stellar performance against a tricky Serbian team that only increased the South American team’s favoritism.

After a fiercely contested first half in which the Europeans prevented Tite’s team from getting comfortable, there came two goals from Richarlison, including one that was a contender for the best of the competition. The game had the potential to be decided by a wide margin.

Brazil attempted 24 shots in total, 10 of which were directly at Vanja Milinkovic-Savic’s goal in Serbia, which is the primary reason why the game didn’t end with a higher goal differential.

However, it was not all joy for the five-time world champions, as at least until the round of 16 they will be without star player Neymar, who suffered an ankle injury that will cause him to miss at least the next two matches.

However, Brazil has plenty of talent on the bench, and could even assemble a quality second team with the names available on the bench. But Neymar is among the best in the world, so losing him will undoubtedly be painful for them.

The Swiss team also got off to a good start at the 2022 World Cup Qatar with an important victory over direct rivals Cameroon.

Switzerland’s Cameroonian-born striker Breel Emboló was the star of his team, scoring the winning goal in the 48th minute of the match: a goal that he did not celebrate and for which he expressed regret to the supporters of his native nation.

Switzerland looked very solid defensively, although they struggled to get forward at times against an African team that at times had the equalizer at hand thanks to their speed up the field.

The Brazilian team will present a more difficult challenge for Murat Yakin’s team as they look to move on to the next round and overcome the loss of Neymar. However, that bodes well for the Europeans, who will now have one less stellar player to worry about in order to get at least a draw.

Neymar’s injury has taken away some of Brazil’s favoritism heading into this match, but Tite has at his disposal an array of elite players capable of filling in for the loss of his star player.

This was demonstrated by the changes made against Serbia, which did not detract from the quality of the South American team. The Swiss team will have to contend with a fairly orderly but difficult-to-scoring environment; they will undoubtedly keep in mind that they managed a 1-1 draw in the group stage of the 2018 World Cup in Russia. 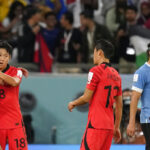 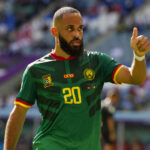