Soccer fans can’t take their eyes off the TV during these days. The Qatar 2022 World Cup second matchday of the group stage is approaching, and on Saturday, November 26, two candidates to advance to the second round will face each other in Group C. That’s why we bring you the 5 best prop bets for Argentina vs Mexico.

The last time they met was in the round of 16 of the 2006 World Cup in Germany and the 2010 World Cup in South Africa. Now it is their turn to face each other in the group stage, although these three points, depending on where they go, could mean elimination.

At JefeBet we bring you the best prop betting odds for Argentina vs Mexico.

Remember that this is a decisive match that will decide the clear candidates to advance to the next round. Therefore, stay well-informed about how both teams are performing in this tournament. At JefeBet we want to make things simple for you, that’s why we put together a detailed article with a preview of the Argentina vs Mexico game.

In clashes like these, it is interesting to analyze not only the prop bets of the match, but also those that have to do with the individual performance of its top players. Let’s see…

All odds shown are courtesy of PointsBet.

Interesting odds offered by PointsBet for the best goalscorer so far this season for PSG (a team that is full of stars and yet has the Argentine 10 as the best goalscorer). He scored on 11 occasions in 15 Ligue 1 appearances, and with Leandro Paredes likely to be absent for the next game and Rodrigo De Paul in a low level, Messi could provide that final pass before the goal.

Although speed, dribbling and attacking skills is what characterizes Mexico’s best player, what the Argentine defense showed in the first match invites the winger to use different tools to find the goal. It is quite likely, then, that this quota will materialize.

We foresee a match in which Argentina will go all or nothing against Mexico, so it will create more goal situations. But beware, Gerardo Martino’s team can be very dangerous on the counter-attack, especially because of the speed with which they pass from defense to attack and the poor performance shown by the Argentine defense. Betting on Mexico, then, is a temptation…

The VAR has an unprecedented role, and as far as penalties are concerned. Any slight grip imperceptible to the eye of the referee or spectators will be seen by the technology. In such a close game and with two teams that will be attacking, there is a great chance of a penalty.

Will this one be the match in which Lionel Messi and Lautaro Martínez make the difference in the scoring charts? Mexico has one of its best assets in Memo Ochoa, and the goal anxiety that characterizes Martino’s teams usually leaves them in complicated situations for opponents counterattacks.

If you want to know more about how to bet and the best bookmakers options, we recommend you to read the 2022 FIFA World Cup betting guide, that JefeBet put together especially for you. 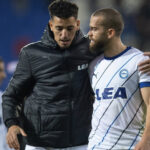 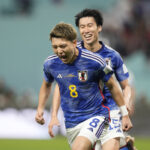