JefeBet is celebrating Hispanic Heritage Month 2022 and that’s why we bring you a very special list of the best moments in Latino sports history. Of course, it was a tough choice and some moments were left out, but we hope you enjoy it as much as we did.

In the quarterfinals of the 1986 World Cup in Mexico, Argentine Diego Maradona was the protagonist of one of the most iconic moves in the world of soccer. During the match against England, he went for a cross inside the box and, when he rose up, he hit the ball with his hand before it went into the goal. The referee did not notice this and Argentina took a 1-0 lead.

August 27, 2004, is a day that Argentine basketball and Latin sports will never forget after the Argentine national team defeated the United States “Dream Team” in the semifinals of the Olympic Games in Athens.

With an unstoppable Emanuel Ginóbili, they won 89-81 to pave their way to what would be their first basketball Gold Medal at the Olympic Games after defeating Italy in the final.

In 2014, Nairo Quintana would enter the list of the best moments of Latin sport when he became the champion of the Giro D’ Italia. The Colombian cyclist became the first Hispanic winner of the historic European circuit, which began racing in 1909. An incredible victory for Colombia and all Latinos.

The “Scorpion” of Higuita

Although it was in a friendly match between Colombia and England on September 6, 1995, at Wembley Stadium, goalkeeper René Higuita’s play is one of the most spectacular Latin sporting moments in history.

Attempting to deny Jamie Redknapp’s shot, the Colombian goalkeeper lifted both feet behind to clear the ball with the soles of his boots. Because of its resemblance to the animal, the play that on July 22, 2008, was awarded as the best in the history of soccer was renamed “The Scorpion”.

On July 16, 1950, the eyes of the world were fixed on the World Cup final at the Maracana stadium in Río de Janeiro, Brazil. The “canarinha” were overwhelming favorites to win the title, but the “celeste” team had other plans in mind when, against all odds, they won 2-1. They won the second World Cup championship and being part of the historic “Maracanazo”.

On June 3, 1977, in a friendly match between Brazil and France, we surely saw the best shot in the history of soccer made by the Brazilian winger: Roberto Carlos.

Thirty-five meters from the goal and taking 18 steps away from the ball, the sinister shot with such power and effect that the ball that seemed to be going into the stands ended up going into the left post of goalkeeper Fabián Barthez. The look of disbelief on the faces of those present could not believe the magnificence they had seen.

After 115 years of being founded, the Giro de France saw a Latin American cyclist win the yellow jersey awarded to the winner of the event in 2019. This cyclist was the Colombian Egan Bernal, who at the time was only 22 years old and revolutionized the cycling world with his victory in the most important road race in the world.

After 45 seasons without a hitter winning the Triple Crown offensively, in the 2012 season, Venezuela’s Miguel Cabrera entered the Major League records as the only Latino to achieve such a feat.

The feat was completed in the last game of the regular season when the Detroit Tigers’ first baseman was pulled from the game against the Kansas City Royals with a .330 average, 44 home runs and 139 runs batted in, tops in those categories in the American League.

At the 2022 World Cup in Korea and Japan, Brazil’s national soccer team would establish itself as the best in history by winning its fifth world title. Despite arriving at the fair with many doubts after a rather complicated qualifying round, under the command of Luiz Felipe Scolari, the “canarinha” managed to overcome all the hurdles of the first tournament in Asian lands and beat Germany in the final.

Do you remember “La Mano de Dios”? Diego Maradona has another highlight in this list in the Latin sport with the second goal scored in that same quarter-final match against England in the 1986 World Cup in Mexico.

This goal by the Argentine was voted the best goal in the history of soccer prior to the 2022 World Cup and at the time was called “El Gol del Siglo”. Enjoy! 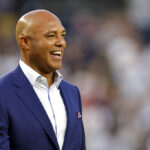 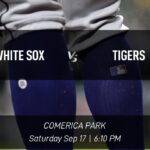